You are here: Home1 / blog2 / California3 / A Perfect Haze : The Illustrated History of the Monterey International... 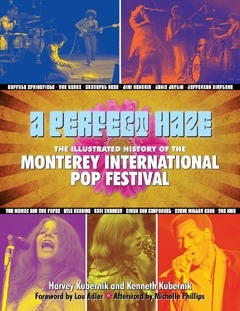 The first major rock music festival and the precursor to Woodstock, the Monterey International Pop Festival was an unprecedented gathering of pop, soul, jazz, and folk artists who took the stage one luminous weekend during the “Summer of Love.” On the 16th, 17th, and 18th of June, 1967, the sleepy California coastal community of Monterey played host to the now-legendary concert. In its aftermath, the world of popular culture was transformed forever. The ’60s were now upon us with a soundtrack, a style, and a political and social sensibility all its own.

A Perfect Haze is the official history of this glorious festival. With the endorsement and support of producer Lou Adler and the Monterey International Pop Festival Foundation, the sights and sounds of the festival come to life in this extravagant compilation of photography, memorabilia, and first-hand accounts by musicians, fans, crew members, and others who attended the concert. To read its pages is to step back in time to the moment of rock’s big bang, when Jimi Hendrix, the Who, Otis Redding, Ravi Shankar, Janis Joplin, the Grateful Dead, Jefferson Airplane, the Byrds, Buffalo Springfield, and dozens more set the stage on fire—both metaphorically and, in one iconic instance, literally!

Dozens of musicians and others associated with the festival have been interviewed exclusively for the book, including Pete Townshend, Roger Daltrey, Bob Weir, Ravi Shankar, D. A. Pennebaker, Andrew Loog Oldham, Steve Cropper, Booker T. Jones, and Al Kooper, as well as members of Jefferson Airplane, the Association, Moby Grape, and Canned Heat.

A Perfect Haze is packed with hundreds of photographs taken both in front of the stage and behind the scenes, including works by such notable artists as Henry Diltz, Elaine Mayes, and Nurit Wilde. Festival programs, posters, advertisements, album covers, and other ephemera—most of which has never been seen before—are also included, provided by Lou Adler, the festival’s nonprofit foundation, collectors, participants, and fans who attended the event.

Even more than Woodstock, the Monterey International Pop Festival was the epicenter of a youthquake whose aftershocks continue to reverberate throughout our 21st-century culture. A Perfect Haze evokes this magic event in all its kaleidoscopic glory. 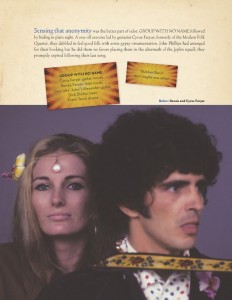 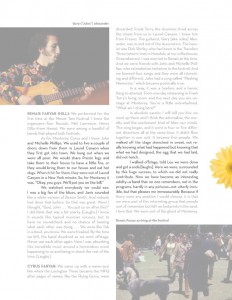 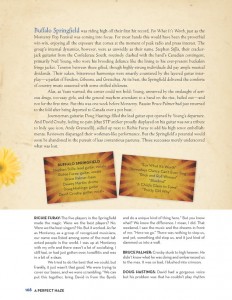 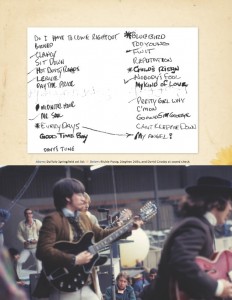 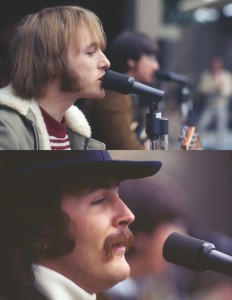 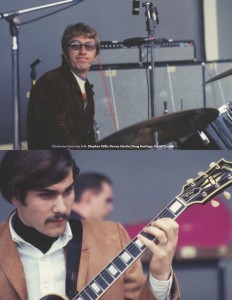 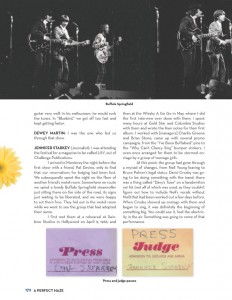 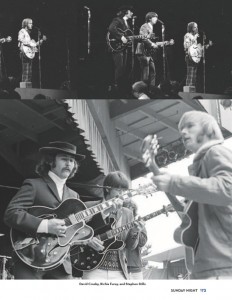 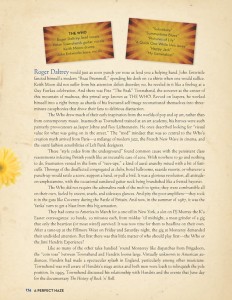 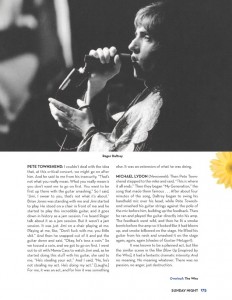 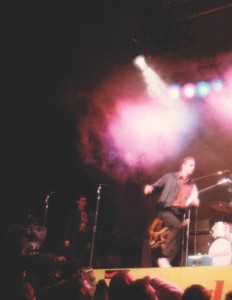 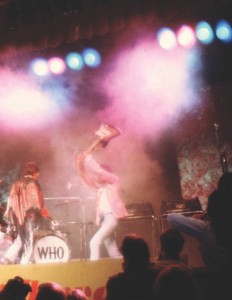 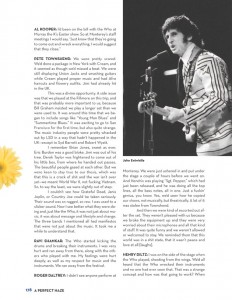 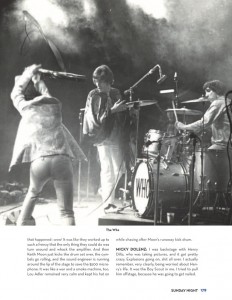 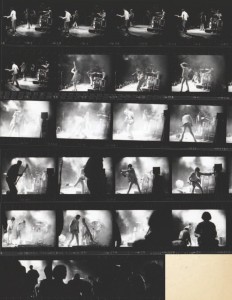 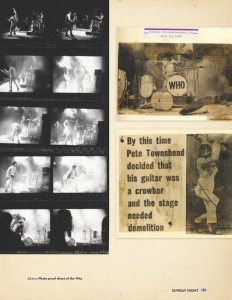 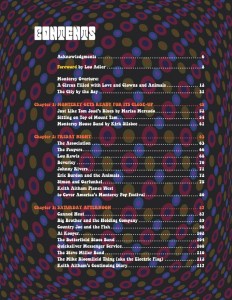 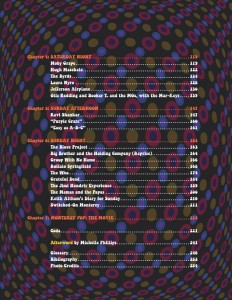 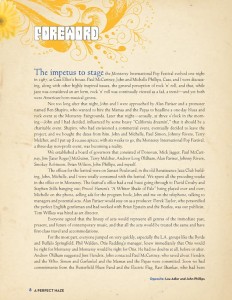 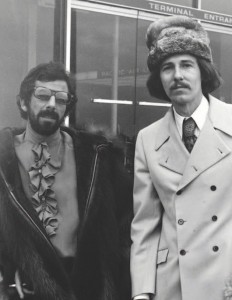 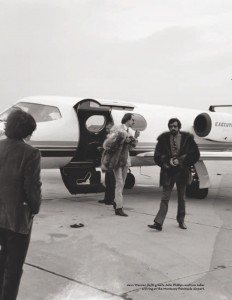 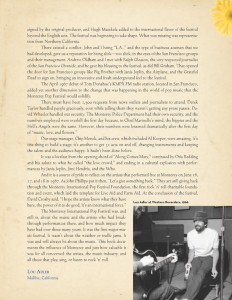 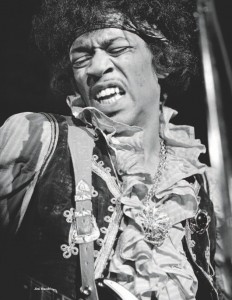 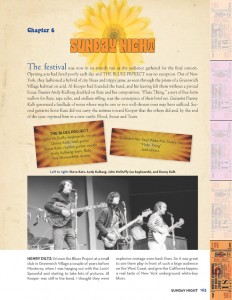 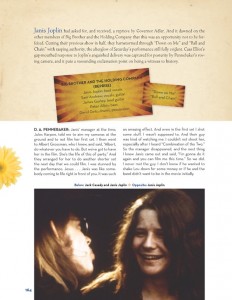 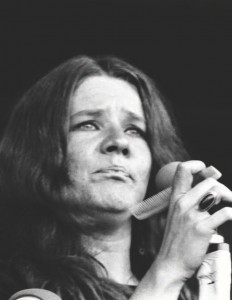 has been a noted popular music journalist and record producer for over 30 years. A former West Coast director of A&R for MCA Records, Kubernik is the author of four books, including Canyon of Dreams: The Magic and the Music of Laurel Canyon (Sterling). Kubernik’s writings on popular music have been published nationally and internationally in the Los Angeles Times, MOJO, Goldmine, Musician, Melody Maker, Crawdaddy!, the Los Angeles Free Press, and many others. His work has also been included in several book anthologies, including The Rolling Stone Book of the Beats (Hyperion) and Drinking with Bukowski (Thunder’s Mouth). Kubernik has penned liner notes on dozens of albums by a diverse group of artists including Elvis Presley, Allen Ginsberg, Carole King, and the Ramones. He lives in Los Angeles.


is a contributor to Variety and is a former editor of Music Connection magazine. He has contributed to the Los Angeles Times and MIX magazine, where he also served as a contributing editor. Kubernik served as an editorial consultant on Canyon of Dreams: The Magic and the Music of Laurel Canyon (Sterling). As a keyboardist and record producer, he has worked on several internationally acclaimed jazz recordings. He lives in Los Angeles.

“Rich in rare photos, A Perfect Haze is a definitive talking-book account of the impossible standard that weekend set for future festivals like Coachella and Bonnaroo.”
—Rolling Stone

“Before Woodstock, thousands of hippies descended on Monterey for the first ever International Pop Festival. At the height of the 1967 summer of love, many were unaware of the part they were about to play in the forthcoming “cultural explosion.” Decorated producer Lou Adler cheerfully recalls the conception of the groundbreaking event, which gathered artists who represented the festival’s harmonious principles. The authors provide sumptuous documentation through telegrams, contracts, newspaper clippings, line-up posters, and other rare paraphernalia. The work of celebrated photographers captures the atmosphere of this terrific spectacle: the rawness of Janis Joplin; the audacity of (then relatively unknown) Jimi Hendrix setting his guitar alight; the showmanship of The Who; and the “cultivated relaxation” enjoyed by the crowd spacing out to The Grateful Dead and Ravi Shankar before being blown away by Otis Redding. The Kuberniks’s combined knowledge and passion make for a thoroughly entertaining retrospective. As David Crosby says: “What happened at Monterey was the flowering of an entirely different set of values.” Festival organizer Michelle Phillips closes proceedings with reflections on this genuine happening, and the dawn of a far out philosophy that keeps on giving.”
—Publishers Weekly

“Before Woodstock, there was Monterey Pop
Woodstock gets all the attention, but California’s Monterey International Pop Festival created the blueprint that future rock festivals would follow, even to Bonnaroo and Lollapalooza today. In the new A Perfect Haze: The Illustrated History of the Monterey International Pop Festival (Santa Monica Press, $45), Harvey and Kenneth Kubernick piece together the story of the three-day 1967 festival that featured Janis Joplin, the Grateful Dead, Jefferson Airplane, The Byrds and Buffalo Springfield and helped propel the careers of Otis Redding, The Who and Jimi Hendrix to mythic proportions. Part photo book, part oral history, A Perfect Haze features recollections from many of the musicians who either played or attended the festival. If you’ve ever wondered how Jimi Hendrix got his gig opening for The Monkees, it was a direct result of drummer Micky Dolenz watching the performance where Hendrix doused his guitar with lighter fluid, then set it ablaze. “I suggested him for our tour because he was so theatrical,” Dolenz says. “Um … it didn’t work out.”
—Brian Mansfield, USA Today

“Anyone who wants a complete record of the events that took place June 16-18, 1967, at the Monterey County Fairgrounds in California will want to pick up this book. . . . This is a great scrapbook that really brings the flower power era of the ’60s alive again.”
—Goldmine

“Well organized, beautifully laid out, and packed with insightful commentary, this work will find its way to the shelves of flower children of all ages. Strongly recommended for anyone with an interest in the music and culture of late 1960s America.”
—Library Journal

“This is a truly gorgeous coffee table book with many, many photographs and posters, album covers, ads, and a generous sprinkling of ’60s flower power dust.”
—CMT.com

“A very well written, gorgeous book commemorating the historic Monterey Pop Festival. The authors’ exceptional work here (featuring contributions from no less than Lou Adler and Michelle Phillips), alongside the eye-opening photos and graphics, makes this one of the year’s most essential book purchases. Do check it out.”
—Y! Music

Past Imperfect : How Tracing Your Family Medical History Can Save Your Life
Scroll to top