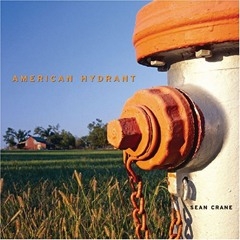 American Hydrant uses conceptual portraits of fire hydrants to document the urban and rural American landscape. This humorous, clever collection of images includes at least one photograph from each of the 50 states. Although the hydrants are interesting in and of themselves-given their regional differences in shape, size, and color-each photo also creatively mirrors the individual character of the city or town in which it was taken.

For instance, in Detroit, the "Motor City," the hydrant is reflected off of the hubcap of a Buick. In Seattle, a town known for its affinity for coffee, the hydrant is shot through the front window of a coffee shop. In Dallas, the image of the hydrant sitting amidst grassy knolls is a powerful reminder of the tragic events of 1963.American Hydrant is the ultimate gift book-fun, creative, aesthetically appealing . . . an eclectic mix of photographs providing an entertaining, curbside view of America.

When I first set out on my ten-month photographic journey of America, I was in search of wildlife and nature, and the people that make up this great land or ours. Who knew I’d develop such a fondness for fire hydrants?

The first time I really became aware of fire hydrants was about a month into the trip on a swing through the Deep South. It was somewhere along the Georgia coast that I noticed the unusually bright, red and orange paint of a hydrant, catching a glint of late afternoon light. A few towns later I saw another brightly painted hydrant, this time yellow and blue.

I had never really thought about it before, but I soon came to realize that each town had its own unique color scheme. I grew up in a yellow town and just assumed it was the proper color for all hydrants. Sure, they’re all around us, but perhaps it’s their sheer ubiquity that allows hydrants to slip under our daily radar.

Struck by their graphic appearance, I decided to start photographing a hydrant in each town I visited. The idea was to eventually assemble a giant poster with the photographs-a repetitive pattern of color that would look great on the empty wall in my apartment. Thus the project was born. In between shots of mule deer and wizened old gas station attendants, I began to reserve just enough time to stop and shoot a hydrant or two.

After a couple of weeks, the project began to evolve and required more than just the quick stop. While in St. Louis I stumbled upon a hydrant near the city’s trademark arch. Why not photograph the hydrants in an environment that gave them a sense of place? This idea, in turn, evolved into not only giving the hydrants a sense of place, but also doing so in a conceptual way-Seattle through the front window of a coffee shop, Detroit reflected off the hubcap of a Buick.

Eventually, I was no longer shooting portraits of hydrants, per se, but creative representations of the places they lived. The hydrant was the perfect device to document America. After all, you could find one on virtually every street corner in the country, if you cared to look.

The author of American Hydrant is a native of Connecticut, and has worked as an advertising copywriter at agencies in Boston, Denver, New York and Detroit. In 2002, he took a break from the ad world, moved into the back of his Subaru, and embarked on a 10-month journey across all 50 states. Along the way he shot the photos for American Hydrant, his first book. A graduate of the University of Richmond in Virginia, Crane is presently living in Detroit and working on his next project.

“A lovely slice of Americana – a gorgeously photographed, clever peek into each of our 50 states.”
—MetroTimes (Detroit)

“The result is American Hydrant, a witty and entertaining soft-cover book recently published by Santa Monica Press. What makes American Hydrant so much fun to flip through is the clever way Crane has put each hydrant into geographical context.”
—The Hartford Courant

“American Hydrant is a color-photo album of hydrants, at least one from each of the 50 states and the District of Columbia. Although the hydrants themselves vary only somewhat in size, shape and color, the variety is in their settings, which document the rural, urban and suburban landscape of America.”
—Associated Press

“Crane succeeds in transforming his lowly subjects into evocative statements about the personality and character of towns and cities across the country. Every state is represented at least once, making this book a refreshingly unique coast-to-coast (plus Hawaii and Alaska) cultural exposé. . . . Crane’s vivid images, coupled with his pithy captions, had me smiling, thinking, and even laughing out loud. . . . Every photograph in American Hydrant is equally well composed, and each tells a story, elicits a feeling, or reflects a piece of history. . . . It’s a book that not only provides a visual feast but also plenty of food for thought. Not only has Crane assembled a creative and original pictorial tour of the United States, his book is a vivid reminder of the common culture Americans share.”
—RoadTripAmerica.com

“A clever and strangely attractive look at fire hydrants from all 50 states.”
—Sacramento Bee