Offbeat Museums contains profiles of the curators and collections of America's most unusual museums. From the Banana Museum in California to the Tragedy in U.S. History Museum in Florida, Saul Rubin takes you on a guided tour of the United States' strangest institutions, and introduces you to the offbeat people who run them.
Included among the places you will visit are:

In the age of cable television and the World Wide Web it's easy to smugly believe that we've seen it all. Such institutions as The Museum of Death, the Museum of Bathroom Tissue, and the Glore Psychiatric Museum suggest otherwise. By stepping outside the mainstream, these offbeat museums meet and even surpass the promise of more traditional museums: To amaze, inspire and enlighten the public.
So turn off the TV, log off the Net, and let Offbeat Museums take you on a journey of unexpected wonder and discovery!

Excerpt–Introduction to Offbeat Museums
In the 17th century–an age of exploration and scientific inquiry–Europe’s parlor set entertained themselves by musing over private collections known as “cabinets of curiosities.” Collectors gathered items for their educational as well as shock value. The result was haphazard, sensational displays featuring everything from art treasures to such exotic knickknacks as shrunken heads and dried kidney stones. Before newspapers and steamships, let alone computer networks and jet travel, this was how the world’s marvels became known.
Many of these early collections formed the basis for the world’s first museums. Charles Willson Peale opened the Philadelphia Museum in 1786, presenting the tradition of curiosity cabinets to a much wider audience. In his self-portrait “The Artist and his Museum,” Peale depicts himself as a conjurer lifting up a curtain and presto!–a magical world appears stocked with mastodon bones, stuffed animals and a live porcupine.
Early museums were, in a word, fun. The dawn of the 20th century, however, marked a sobering period for America’s exhibit halls. Museums were increasingly perceived as solemn places designed to educate the public in a somber manner, a concept that persists today. America’s most cherished institutions are marble-lined mausoleums, presided over by high-minded boards of trustees and guarded by uniformed sentinels armed with attendance clickers.
Thankfully, hundreds of more homespun American museums are not burdened with such lofty concerns. Instead, by seemingly subverting the role of the modern museum, they recapture the spirit of America’s early collections. By stepping outside the mainstream, these offbeat institutions fulfill the traditional promise of the world’s first great collections: to amaze, inspire and enlighten the public. 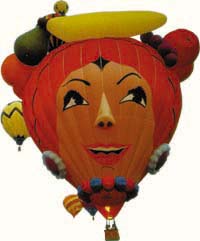 It is to these remarkable museums that we turn our attention. This book presents 50 of the most offbeat museums in America, institutions that defy conventional wisdom by their very existence. Their names alone are enough to trigger puzzlement and curiosity. The Museum of Menstruation? The Madison Museum of Bathroom Tissue? In Pennsylvania there’s a Shoe Museum, where you can examine the pumps that shod former First Ladies. In Massachusetts there’s the American Sanitary Plumbing Museum, which began with the surprising discovery in 1956 of a Colonial-era spigot. Common sense says that the words “banana” and “museum” should never be juxtaposed, but then sure enough you come across a listing for the Banana Museum. It’s in Altadena, California, and on the Internet, too, with a bright yellow web page.
These museums invite us to ponder the significance of diverse artifacts such as a table setting from the doomed Hindenburg airship and dentures from the mouth of the father of our country, George Washington. Curators at these museums have taken items such as hair jewelry, spinning tops, and obsolete U.S. spy equipment, and displayed them just as proudly and naturally as fine art museums hoist Van Goghs. 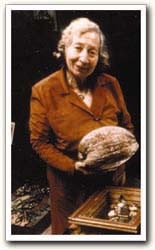 Just who is mounting these exhibits? It’s a reasonable question to ask. They are courageous people. In the era of the Shopping Channel, when dozens of curious items burn across television screens hourly, these modern-day Peales dare to say that there’s room in contemporary society for genuine amazement. There is Elizabeth Tashjian, a charming woman with a lilting voice and an unusual obsession. In her dark-wooded Connecticut estate, she’s fashioned a reverent tribute to the nut. There is Charles Gandolfo, who opened a Voodoo Museum in New Orleans to dispel negative myths about the religion. He was motivated by family history–his great-grandfather was cured of lockjaw by a Voodoo priestess named Mama Midnight. In Chicago, John Urbaszewski exhibits his wondrous creations made from household trash, including a replica of the Taj Mahal. If visitors to his traveling museum care to listen, Urbaszewski will tell them of his grand vision to revive urban America by building mile-high residential complexes, anchored by bustling casinos.
We’ve selected some museums for the provocative way they transform everyday items into stunning objects worthy of careful study. The National Museum of Dentistry, the National Lighter Museum and the Hamburger Hall of Fame come readily to mind. Others, including the Museum of Death, the Tragedy in U.S. History Museum, and the American Funeral Service Museum, bravely shine a light upon dark, but worthy, subjects.
In an age of sophisticated communication, it’s possible to smugly believe that we’ve seen it all, most likely on cable or the Internet. The Barbed Wire Museum, the Museum of Questionable Medical Devices, and the Great Blacks in Wax Museum say otherwise. There’s much to learn and surprise is still possible. This is true even if it means reflecting upon items normally taken for granted, such as cakes, cockroaches, clocks and toothbrushes–all subjects deemed worthy of scrutiny by the museums in this book.
We submit Offbeat Museums as a modern cabinet of curiosities. It’s time for these museums to be put under glass and examined. In this rocket-paced, hyper-linked world, we need them more than ever. They provide much-needed moments of insightful contemplation. Let them be your trusted guide on a journey of unexpected wonder and discovery.

“What a book! . . . Offers an abundance of alternatives to predictable places like the Getty.”
—Los Angeles Times

“Crammed with can-you-believe-it-facts!”
—The Washington Times

“Take a guided tour of 50 of America’s strangest institutions.”
—Playboy

“As delightful a coffeetable/reference/bathroom/travel/popular culture tome as you’ll ever discover.”
—Edmonton Journal

“The best and the weirdest and the quirkiest of homespun Americana is on display in Offbeat Museums.”
—Wisconsin Public Radio