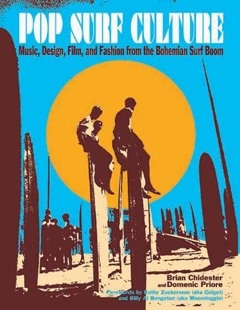 From original beachcomber personalities like the Waikiki Beachboys to the rise of Venice Beach as a creative center for music, art, and film, Pop Surf Culture traces the roots of the surf boom and explores its connection to the Beat Generation and 1960s pop culture. Through accounts of key figures both obscure and popular, the book illustrates why surf culture is a vital art movement of the 20th century.

Pop Surf Culture includes essays about the popular “beach” movies of the 1950s and ’60s, which featured such stars as Annette Funicello and Frankie Avalon and the music of Dick Dale & His Del-Tones, Brian Wilson, the Pyramids, Gary Usher, James Brown, and Little Stevie Wonder.

Sixties art figures Michael Dormer and Rick Griffin—as well as the surf magazines which promoted their art—are featured alongside the progenitors of “surf music,” from the little known (the Centurians) to the wildly popular (the Beach Boys). Duke Kahanamoku, the Gas House, Gidget, surfing on television, the bohemian surf aesthetic, surf music hot spots, Mickey “Da Cat” Dora . . . the entire spectrum of pop surf culture is covered within these colorfully illustrated pages. 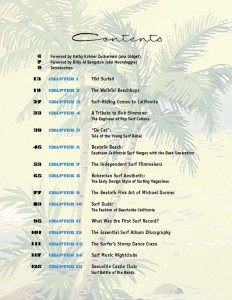 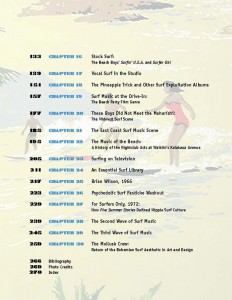 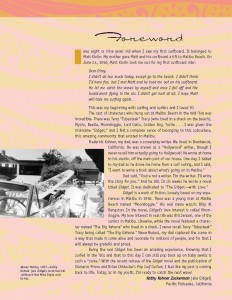 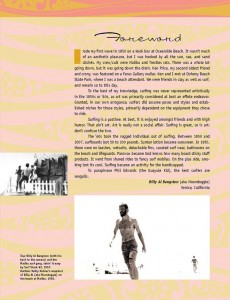 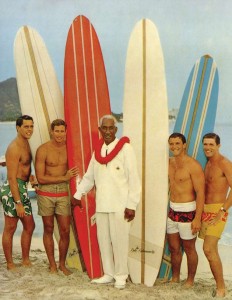 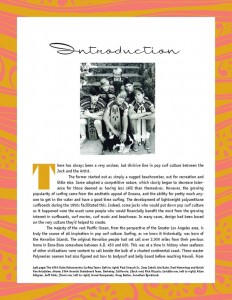 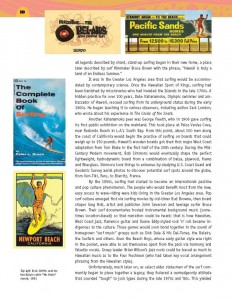 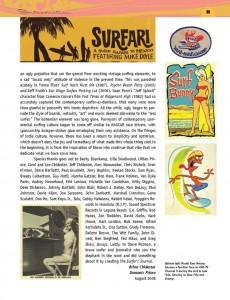 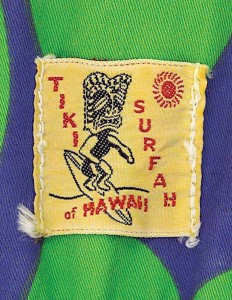 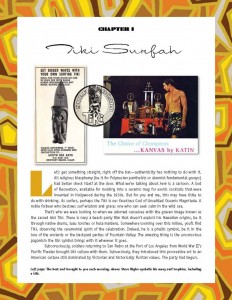 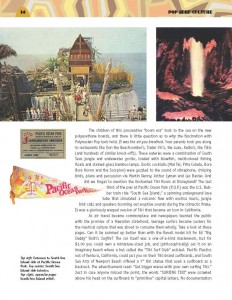 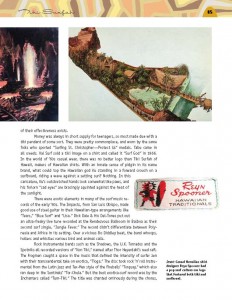 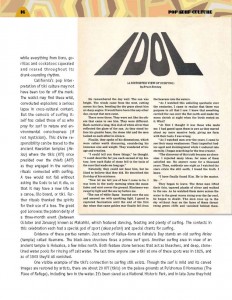 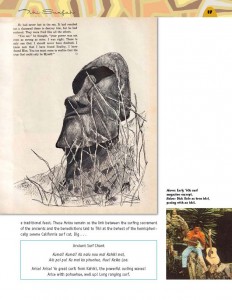 is a staff editor for Yahoo. com and the co-editor of Dumb Angel #4: All Summer Long. He has been a segment producer for documentaries by the BBC, PBS, Showtime, and the Carl Wilson Foundation.


is the author of Riot on Sunset Strip: Rock ’n’ Roll’s Last Stand in Hollywood, Beatsville (with Martin McIntosh), and Smile: The Story of Brian Wilson’s Lost Masterpiece. He has written documentaries for Paramount Pictures Inc. and American Movie Classics (AMC).

Pop Surf Culture traces the rise of surf as an influence on the culture beyond the boards and waves and the beach. In 30 chapters, each packed with photographs, album covers, vintage magazine illustrations, and other art, the book shines a light on subcultures large and small. . . . Pop Surf Culture is a seductive reminder of how cool that culture was, the kind of book one could spend hours with, poring over the words and images.
—Orange County Register

“In 1963, Variety wrote about a new musical fad called ‘surfing music’ and predicted it would ‘take hold of the teenage market on a national scale.’
This article and hundreds of other surf-related artifacts are collected in Pop Surf Culture, a coffee table book that explores assorted facets of the craze, fromEndless Summer docs to Beach Party films from A.I.P., surfing on television, and, of course essential surf album discography. Gidget herself (now Kathy Kohner Zuckerman) and artist Billy Al Bengston (aka Moondoggie), penned forewords for the book. . . . The visuals are superb. Record sleeves, vintage paperbacks and kooky ephemera like printed instructions for the Surfer’s Stomp dance liven up the pages. The brief heyday of surf-oriented L.A. nightspots like the Peppermint Stick, the Deauville Castle Club and the Cinnamon Cinder, emceed by Bob Eubanks are also spotlighted in this nostalgic treasure-trove.”
—Variety

In our eyes, this is the real deal—it’s got forewords from the real Gidget (Kathy, daughter of Frederick Kohner, who invented the Gidge, based on her, in a novel) and the real Moondoggie (Billy Al Bengsten), Gidget’s surfer boyfriend. Even if you’ve never hung ten, you’ll practically feel the surf and sand while leafing through the colorful pages of surf-inspired graphics, record covers, fashion, film posters, and more.
—New York Post

“Throughout, the authors have the good sense to realize that the power of the surfing story is as much in the showing—the rich visual panorama—as in the telling. No walls of narrative here; every page is crowded with images of the corresponding period, perfectly in keeping with the coffee table book format. Page by page, chapter by chapter, what emerges is a visually-driven history as organic in its expression as it is comprehensive in scope. Chidester and Priore could have phoned this in; a splashy, cursory overview of the surf scene might have been enough reportage on a lifestyle that has largely faded from public view. Because the authors take it seriously, Pop Surf Culture goes further. More than a catalog of beach-blanket movies or a survey of surf music, it connects the historical dots between the surf culture we experienced domestically, the economic culture that made it marketable, and the foreign cultures that made it possible in the first place.”
—Popmatters.com

“Priore and co-author Brian Chidester have amassed their knowledge into a book that traces not only surfing itself but also it’s metaphor for the Beats, a movement that eventually represented ’60s counterculture. Pop Surf Culture is both coffee table book and textbook, with a stunning collection of rare relics and photographs. Sixties pop obsessives will be rewarded with more than enough connections and recommendations to make the book pay for itself (did you know that before Deep Throat, Carol Connors was a surf rock queen?). Film fans will likewise find a favorable assessment of the beach movie genre. With plenty of history and eye candy, Pop Surf Culture wins.”
—Boston’s Weekly Dig

“An ambitious survey of the surf aesthetic’s influence on American culture, from Moondoggie, the Gidge, and Pet Soundsto burlesque and the Mollusk crew’s new wave return to surf’s boho design roots.”
—Austin Chronicle

“It’s all here: Dick Dale, Mickey Dora, Michael Dormer, Bruce Brown and, of course, surf movies/music/art/clothing and on and on. The essays are well-done and informative, but the real joy is the endless summer of art, photos and illustrations. Heck, there’s even a chapter titled ‘The East Coast Surf Music Scene’ for you frigid huddled masses 3,000 miles away.”
—San Diego Union Tribune

“If you have a surfer—and the older the better—on your holiday list, this is the gift you need to buy them, because there’s nothing missing here in terms of surf and its relation to pop culture. Written by local pop historian, documentarian and author Brian Chidester with the similarly qualified Domenic Priore, the oversize 241-page surf book is awash with surf and surf-related music (The Beach Boys were a just small part of the genre, see, also The Frogmen, The Breakers, The Chantays, etc.); films (ranging from your “Endless Summer” and our favorite, “Five Summer Stories” to the beach-party fare like “How to Stuff a Wild Bikini”); surf music clubs like the Rendezvous in Newport, the Rouge et Noir in Seal Beach, and the king of ’em all, the Golden Bear in Huntington Beach; surf art by Rick Griffin and all those guys in SurfToons magazine; the rise of the other mags—the photo-heavy Surfer and Surfing; and the unforgettable fashions—from St. Christopher medals to Hang Ten shirts to the still-hot Kanvas by Katin.”
—Long Beach Press Telegram

Pork Belly Tacos with a Side of Anxiety : My Journey Through Depression, Bulimia,...
Scroll to top