You are here: Home1 / blog2 / Film, Theatre, & TV3 / Rainer on Film : Thirty Years of Film Writing in a Turbulent and Transformative... 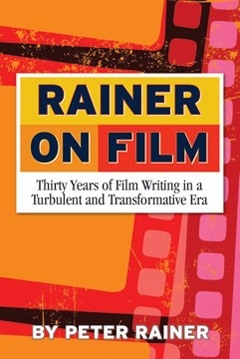 From American Beauty (overrated) to The Night of the Hunter (masterpiece), this collection of Peter Rainer's film criticism spans the course of his illustrious thirty-year career, which dates back to the early 1980s. It is drawn from a wide range of publications, including the Christian Science Monitor, the Los Angeles Herald Examiner, Los Angeles magazine, the Los Angeles Times, New Times, and New York magazine, and is arranged thematically with chapters such as "Overrated, Underseen," "Some Masterpieces," "Documentaries," "Issues (Mostly Hot Button)," "Comedies (Intentional and Unintentional)," and "Literary and Theatrical Adaptations."Rainer covers films both well-known and obscure and writes in depth about many film auteurs—Stanley Kubrick, Alfred Hitchcock, Steven Spielberg, the Coen brothers, Mike Leigh—and New Generation icons, such as Sofia Coppola and Paul Thomas Anderson. The careers of actors ranging from Marlon Brando to Jessica Lange to Robert De Niro are also given an extensive examination. No film buff's collection is complete without this comprehensive compilation that showcases the best work from a master contemporary film critic. 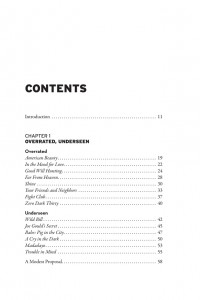 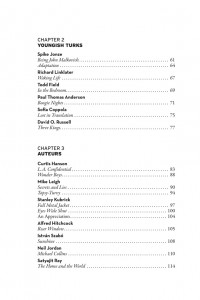 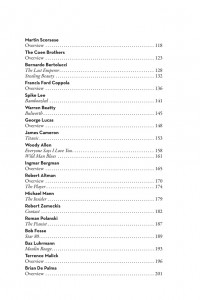 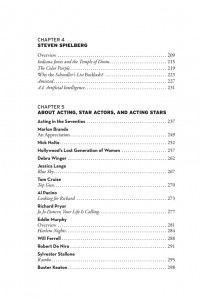 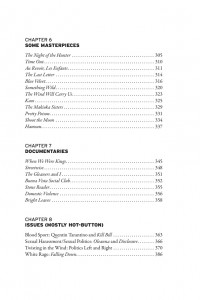 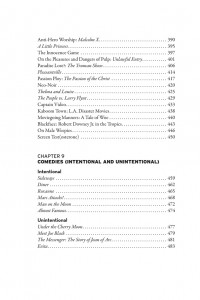 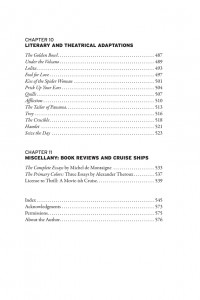 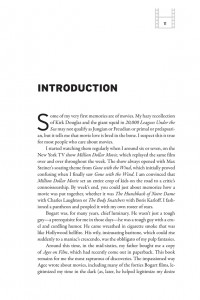 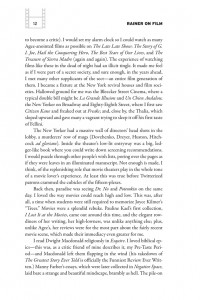 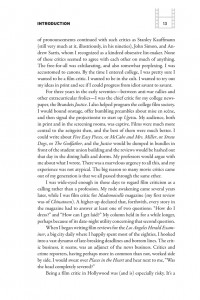 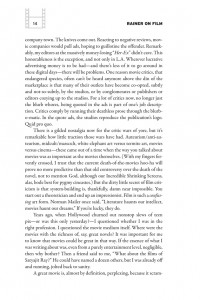 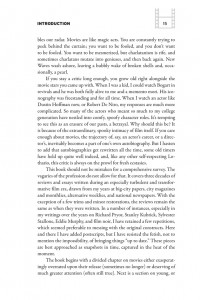 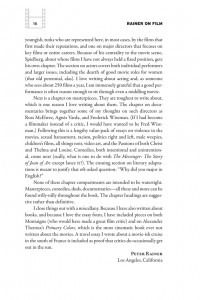 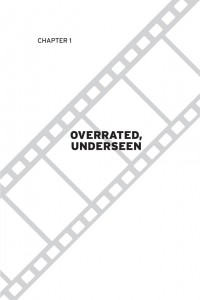 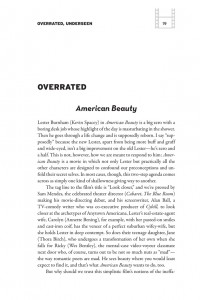 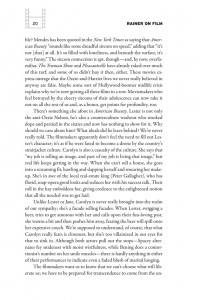 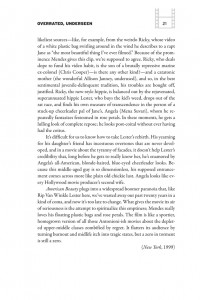 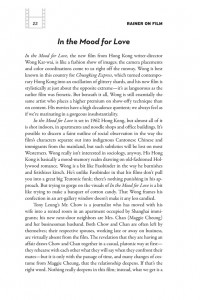 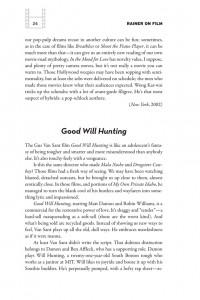 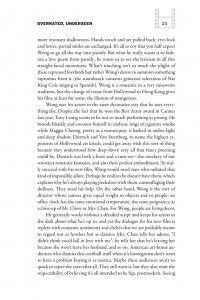 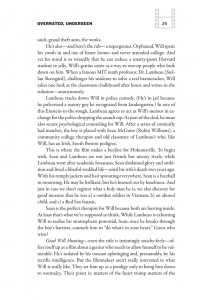 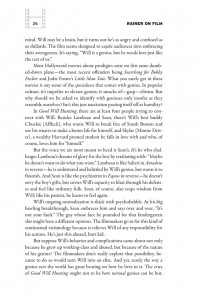 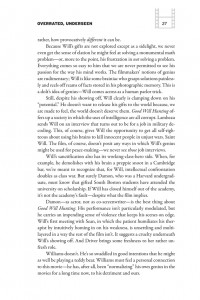 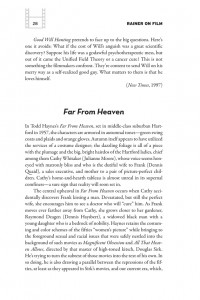 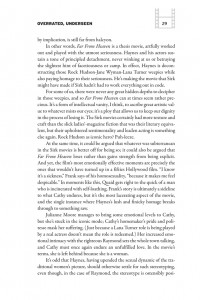 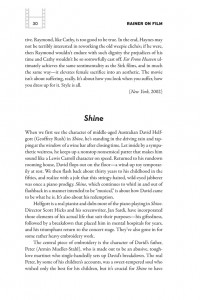 is the film critic for the Christian Science Monitor, a columnist for Bloomberg News, the president of the National Society of Film Critics, and a regular reviewer for FilmWeek on NPR. Previously, he was the film critic at the Los Angeles Herald Examiner, the Los Angeles Times, Los Angeles magazine, New York magazine, and New Times Los Angeles, where he was a finalist in 1998 for the Pulitzer Prize in Criticism. In 2010 he won the National Entertainment Journalism Award for Best Online Entertainment Critic.

“No one is better than Peter Rainer at establishing the intersection of politics and popular culture. Reading these reports on our movie culture of the last thirty years allows us to sharpen our memories and emotions in a sweet blend of happiness and regret.”
—David Denby, The New Yorker

“Rainer on Film is the finest collection of film criticism in recent years—literate, surprising, entertaining and a work to be treasured for years to come. The care with which he renders his opinions is exemplary and so is the grace with which he states them. I rarely disagree with Rainer and when I do I find myself arguing with myself and often enough changing my mind to my definite advantage. He is one of the very few critics who must be conjured with.”
—Richard Schickel, film critic and historian, author of Elia Kazan: A Biography

“Rainer has one of the major attributes of a good film reviewer, which is a sense of visual context and a memory of it—as he watches a film by, say, Steven Spielberg, he does not just retain and describe strong imagery but relates it to images in other films. He reacts instantly—his reviews are good on the sheer excitement of the movies—but artfully, even it seems, to a tight deadline. The arguments he immediately marshals against the overrated American Beauty are well organized. He is tough-minded about pretension and emotional falseness….Rainer on Film meets the prime requirement of any collection of film reviews—once you have read it, you want to go and watch the films again.”
—Times Literary Supplement

“This is at once an archive, a reference, and a contemporary collection of late 20th-century film criticism. An excellent resource for film studies scholars, this will also appeal to movie fanatics and pop culture readers.”
—Shannon Marie Robinson, Library Journal

“With this compilation of reviews and essays, [Rainer] encourages us to revisit the highs and lows of the past thirty years—from the emergence of Curtis Hanson, Paul Thomas Anderson, and Spike Jonze to the quixotic careers of Marlon Brando and even Eddie Murphy.”
—Leonard Maltin, Indiewire.com

“Mr. Rainer has proved time and again to be an insightful and forthright critic, and this collection will be a valuable reference for any movie buff.”
—The Christian Science Monitor

“The measure of such a critic . . . lies in his power to engage a reader or listener in thoughtful and meaningful ways, to stimulate argument, to make one feel that what he has to say is worth paying attention to and being taken seriously, as well as to entertain. Measured by such criteria, Rainer stands tall.”
—William Wolf, WolfEntertainmentGuide.com

“Rainer’s sharp, perceptive criticism . . . is marked by a passion for film, an encyclopedic knowledge of his subject, and a maverick sensibility.”
—Steven Rea, The Philadelphia Inquirer

“At its core, this is a history of contemporary cinema; an insightful reflection on the evolution of the industry and the filmmakers who helped shape it.”
—Carley Johnson, Directors Guild of America

“[Rainer on Film] is insightful, comprehensive, sometimes scathing, and often hilarious. It covers a lot of ground, and it’s all great running turf for any movie buff.”
—Neil Pond, AmericanProfile.com

The Quotable Actor : 1001 Pearls of Wisdom from Actors Talking About Acting
Scroll to top