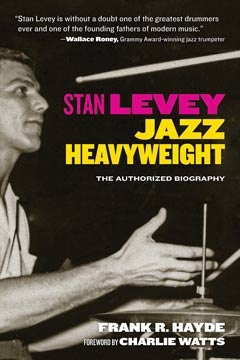 Stan Levey is widely considered to be one of the most influential drummers in the history of modern jazz. During his extraordinary career, the self-taught Levey played alongside a who’s who of twentieth century jazz artists: Dizzy Gillespie, Charlie Parker, Miles Davis, Stan Getz, Coleman Hawkins, Art Tatum, Ben Webster, Dexter Gordon, Lester Young, Thelonius Monk, Benny Goodman, Woody Herman, Ella Fitzgerald—the remarkable list goes on and on, and includes dozens of the most distinguished names in the annals of jazz and popular music.

Jazz Heavyweight follows Levey’s prolific and colorful life, from his childhood days in rough-and-tumble North Philadelphia as the son of a boxing promoter and manager with ties to the mob, to his stint as a professional heavyweight boxer, to his first gig as a drummer for Dizzy Gillespie at the tender age of sixteen and his meteoric rise as one of the most sought-after sidemen in the world of bebop, to his membership in the Lighthouse All-Stars and his prominent role in the creation of West Coast Jazz.

Jazz Heavyweight is one of the few books to offer a true insider’s view of some of the most pivotal events in the history of jazz. First-hand accounts of Levey’s tenure as the backbone of what jazz critic Leonard Feather called “the first genuine all-bebop group to play on 52nd Street” provide fresh insights into that ground-breaking band. Levey’s legendary trip to California with Gillespie and Parker to introduce bebop to jazz fans in Los Angeles has passed into the realm of the mythic: Bird ended up staying behind, set fire to his hotel room, and was subsequently institutionalized in Camarillo State Mental Hospital.

Coinciding with his years anchoring the Lighthouse All-Stars, Levey recorded over two thousand tracks while doing session work with such vocalists as Frank Sinatra, Ray Charles, and Barbra Streisand. Levey ended his music career as a prolific player on literally thousands of motion picture and television show soundtracks under the direction of such legendary composers as Lalo Schifrin, Henry Mancini, Nelson Riddle, and Andre Previn.

Jazz aficionados will relish Jazz Heavyweight for its new, never-before-published information about such hugely influential musicians as Parker, Gillespie, and Davis, while jazz neophytes will find a fast-paced, colorful encapsulation of the entire history of modern jazz. This book is essential reading for anyone seeking an up-close-and-personal look at jazz in the latter half of the twentieth century. 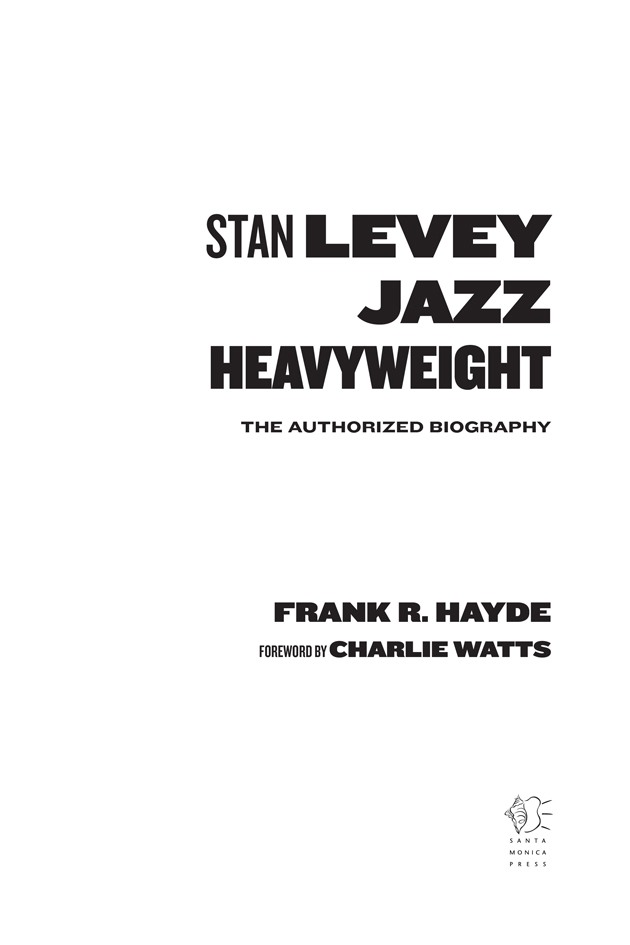 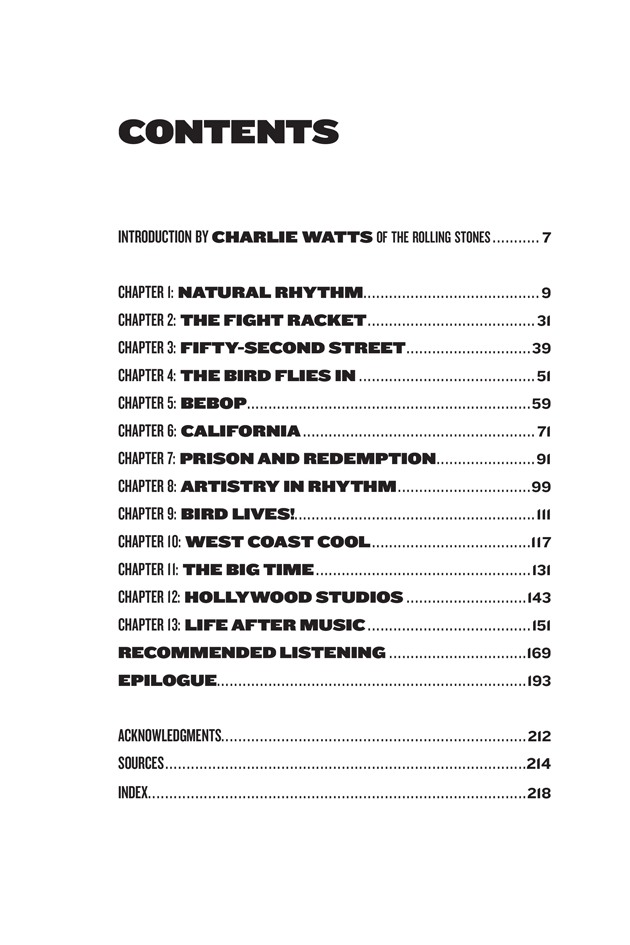 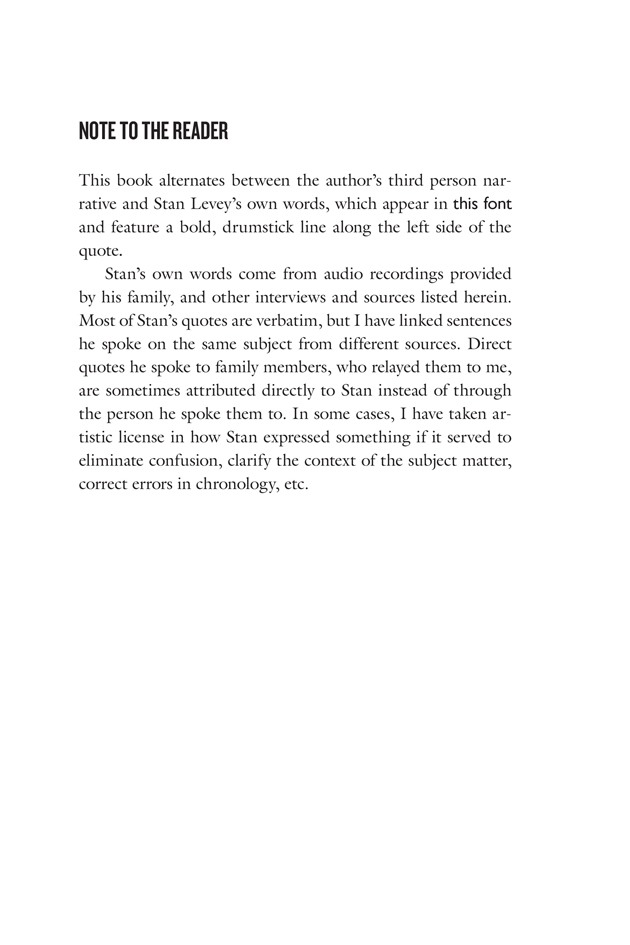 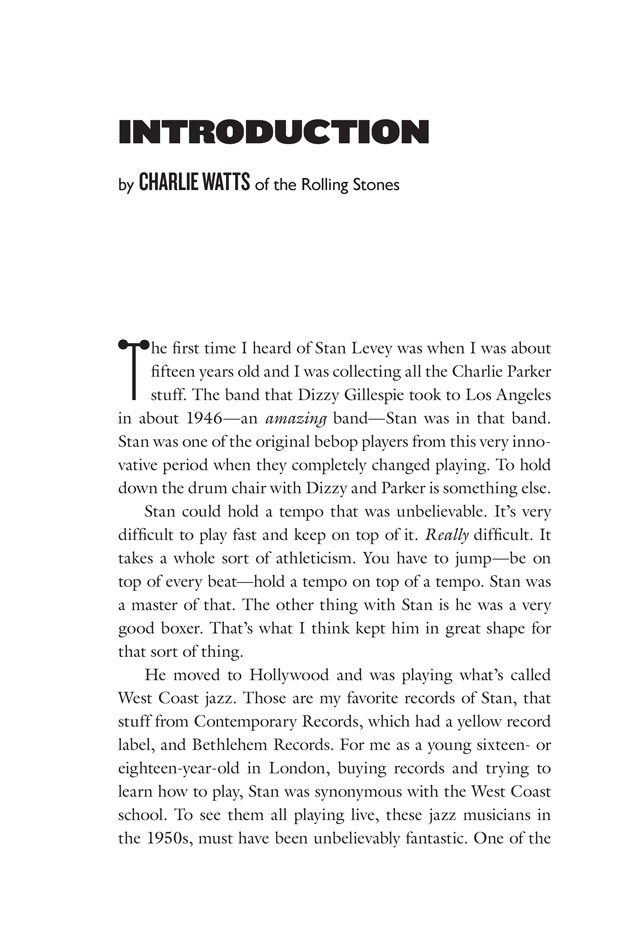 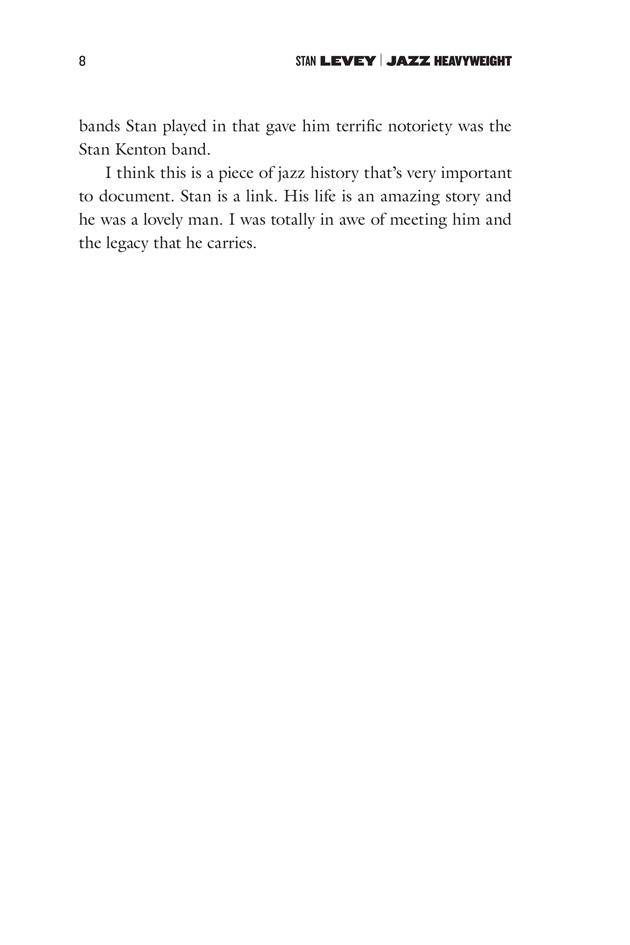 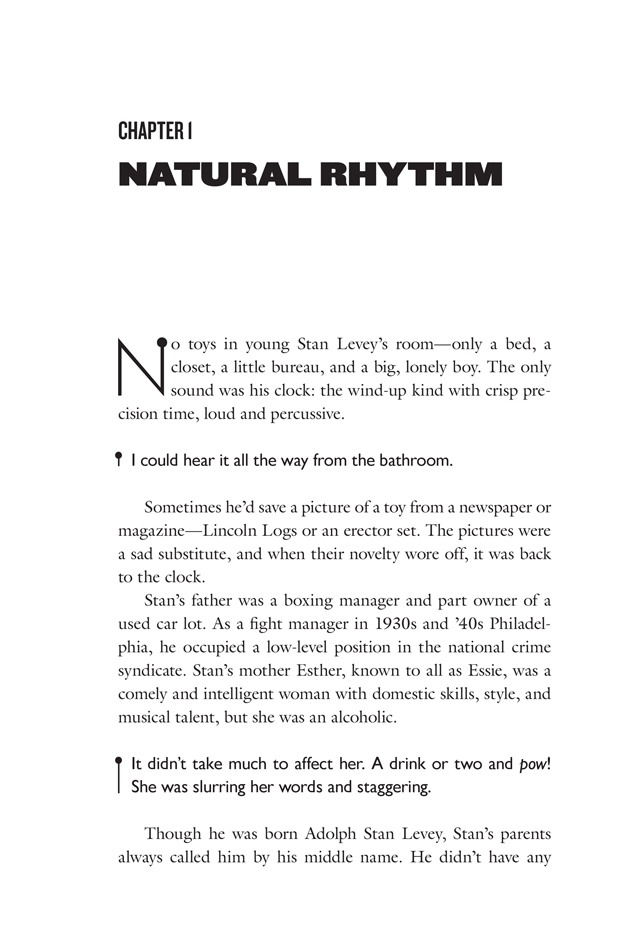 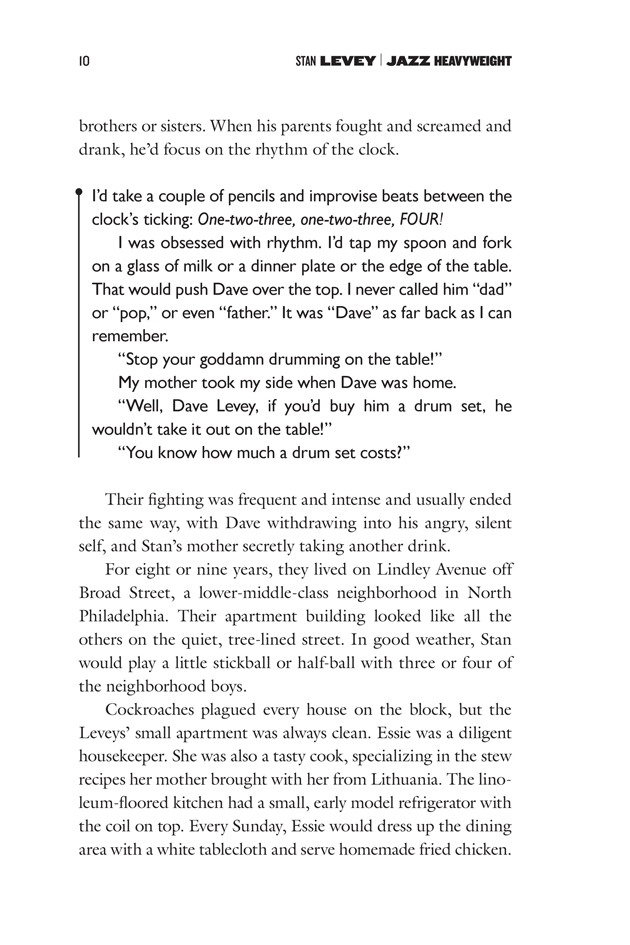 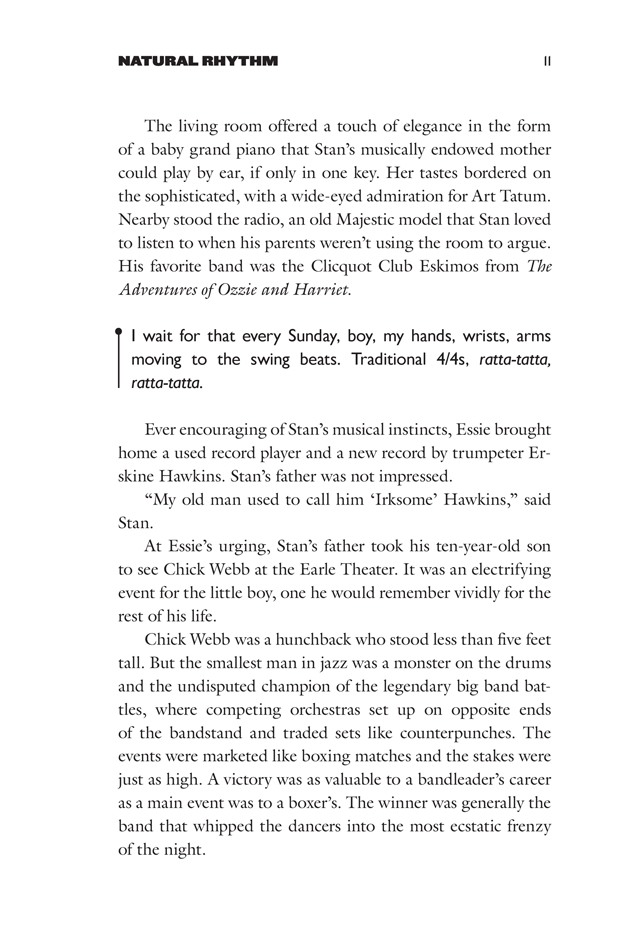 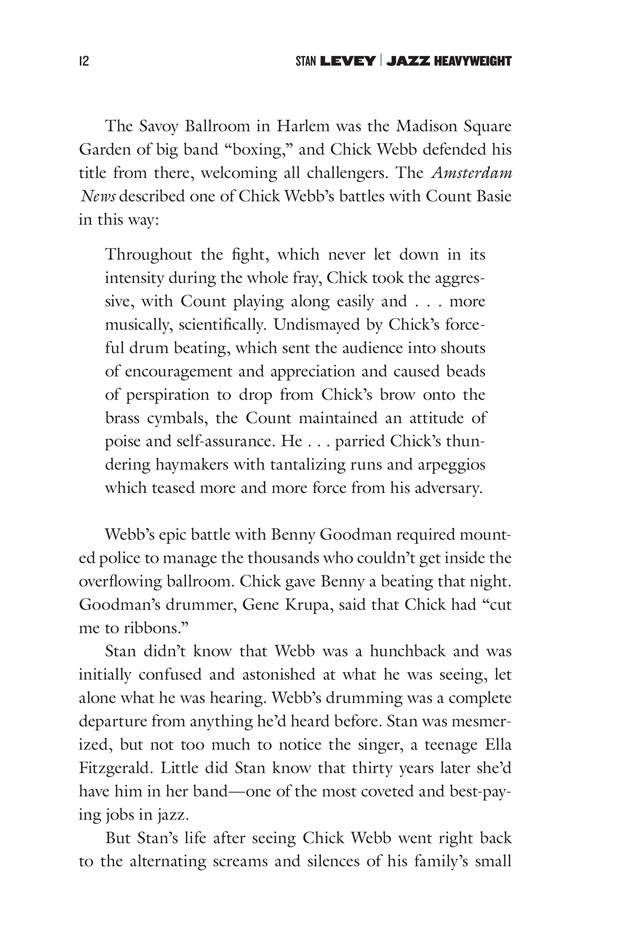 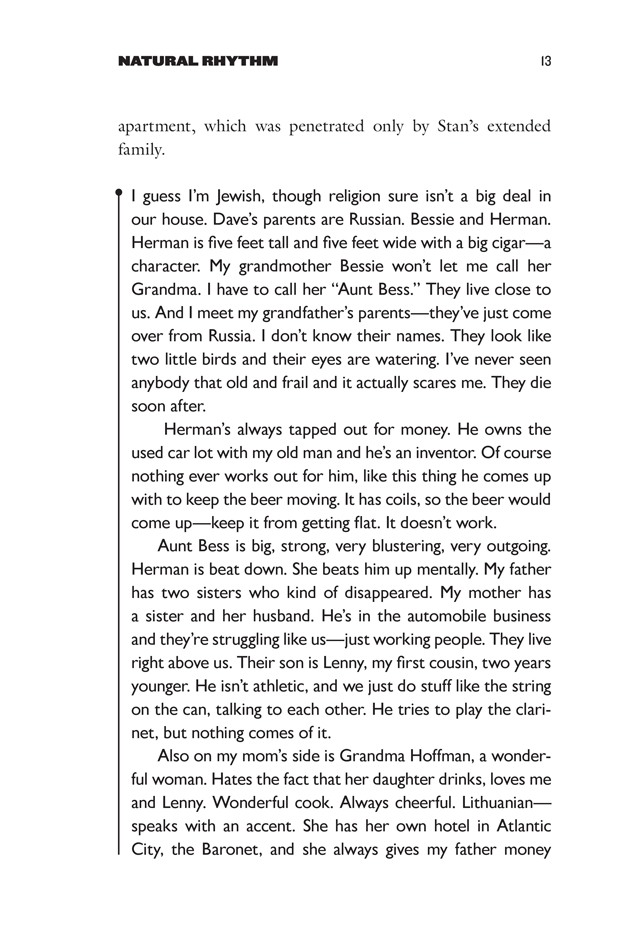 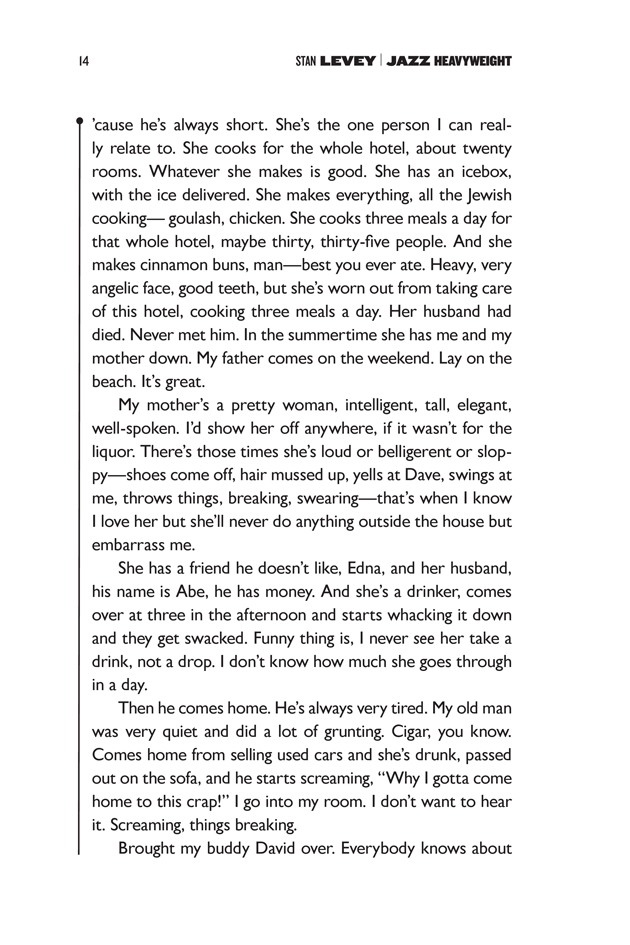 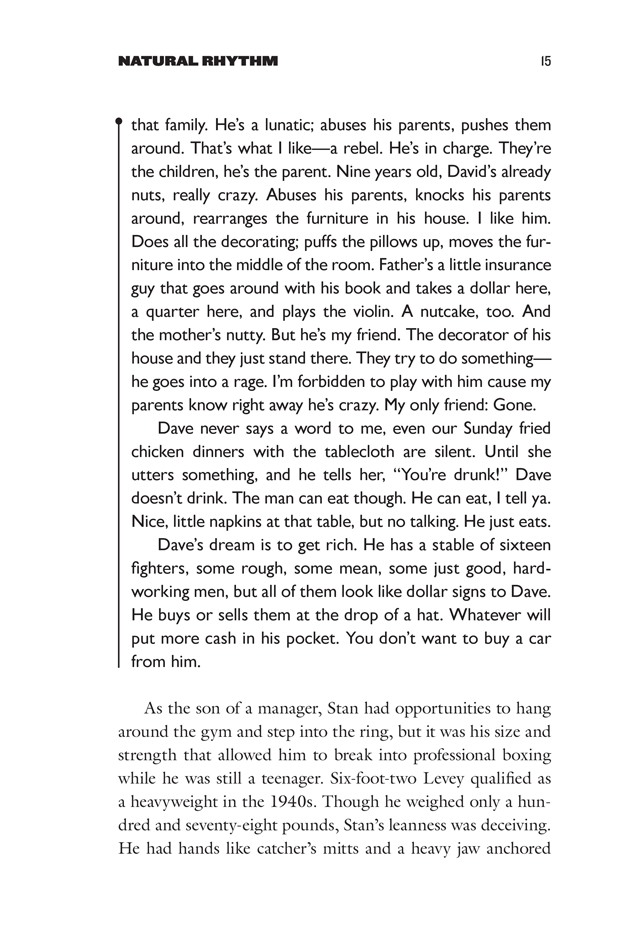 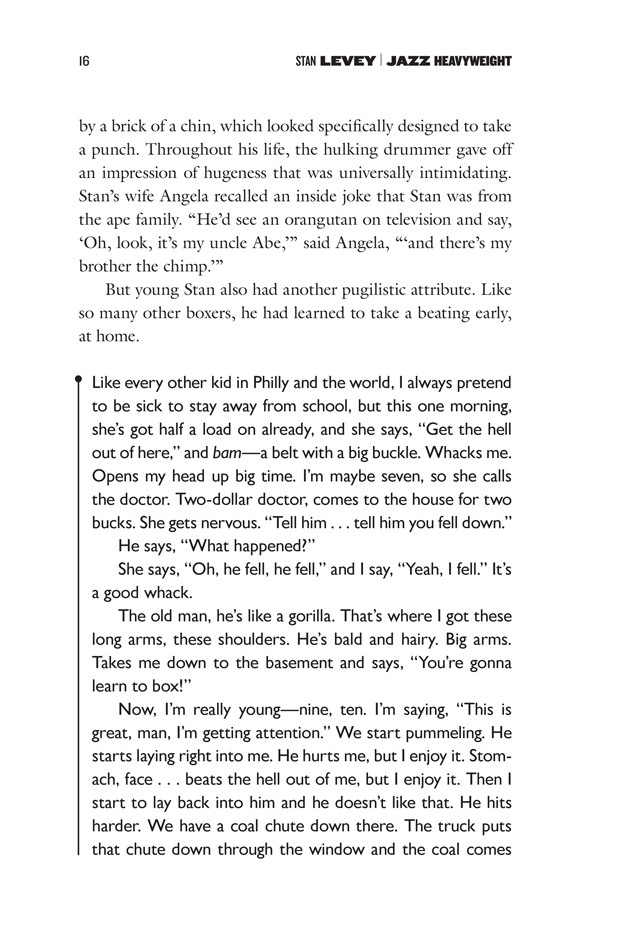 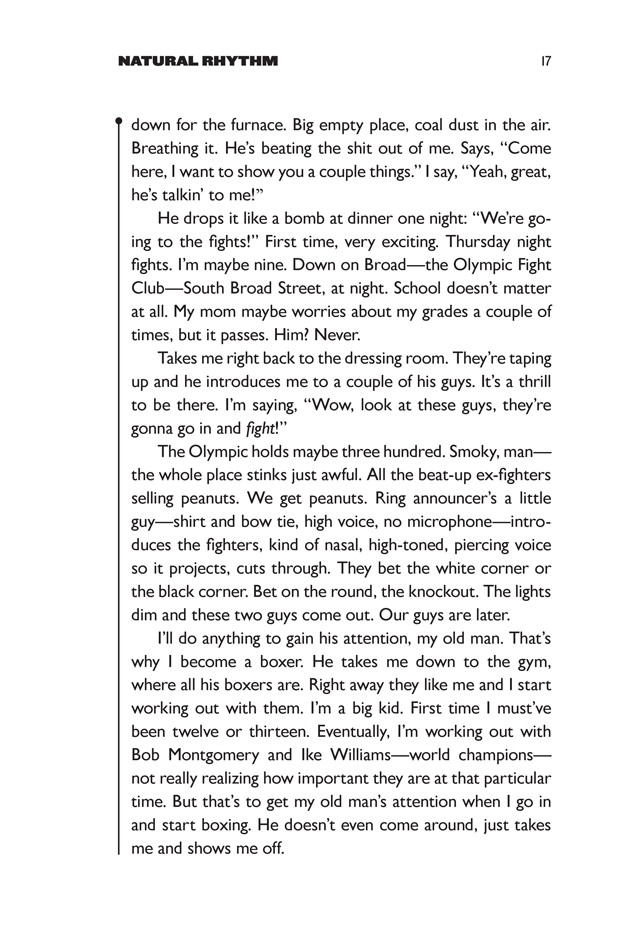 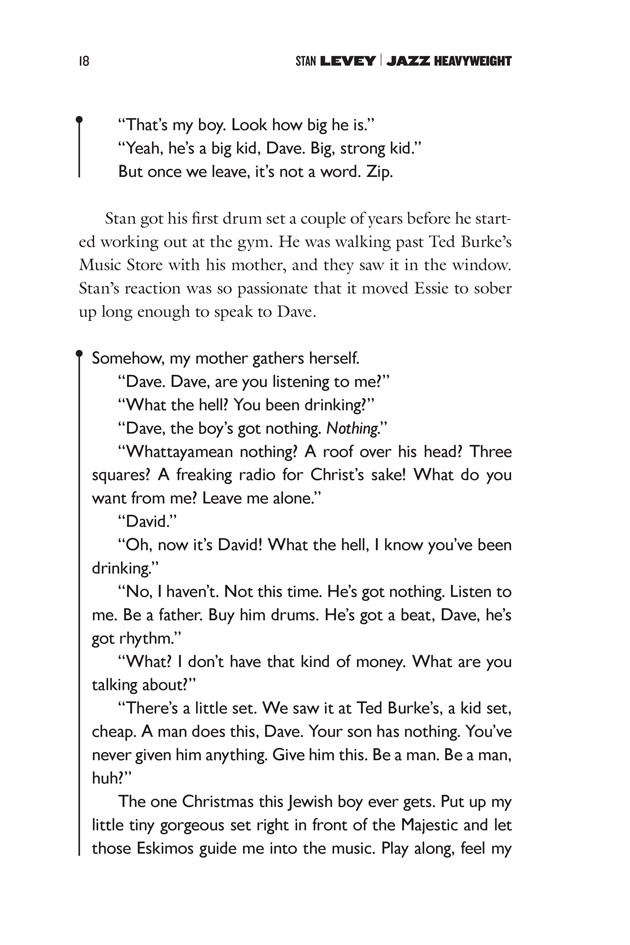 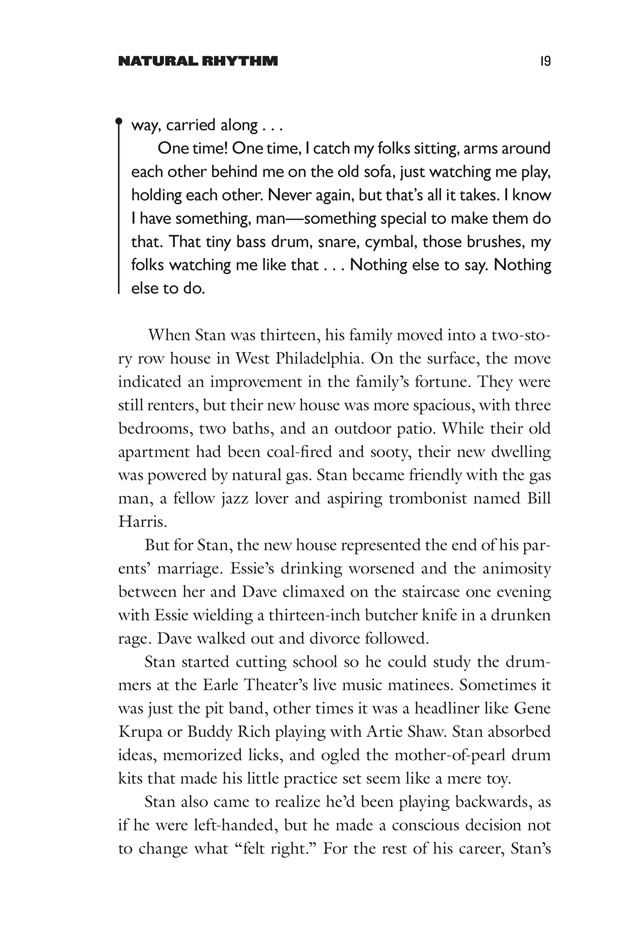 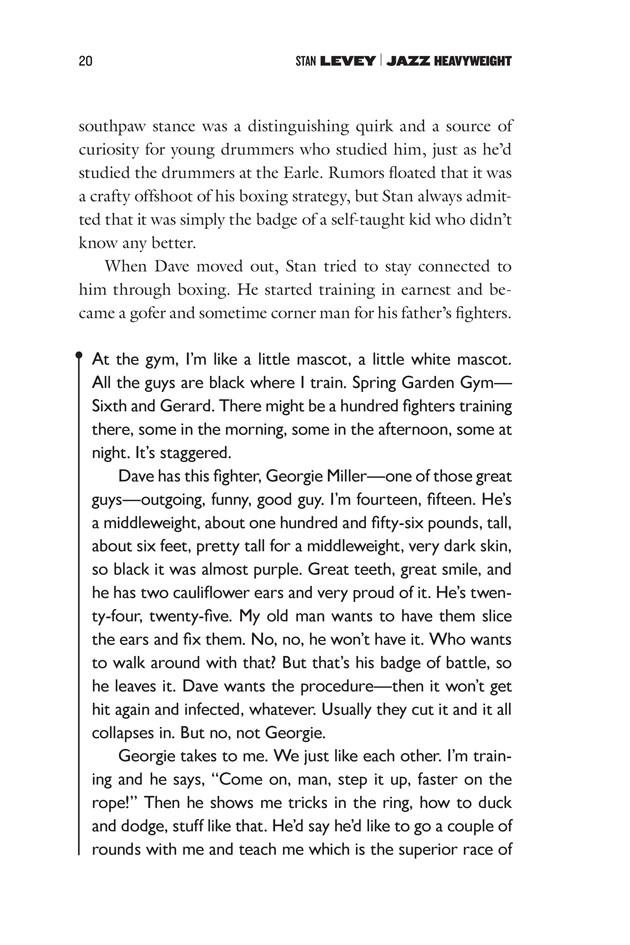 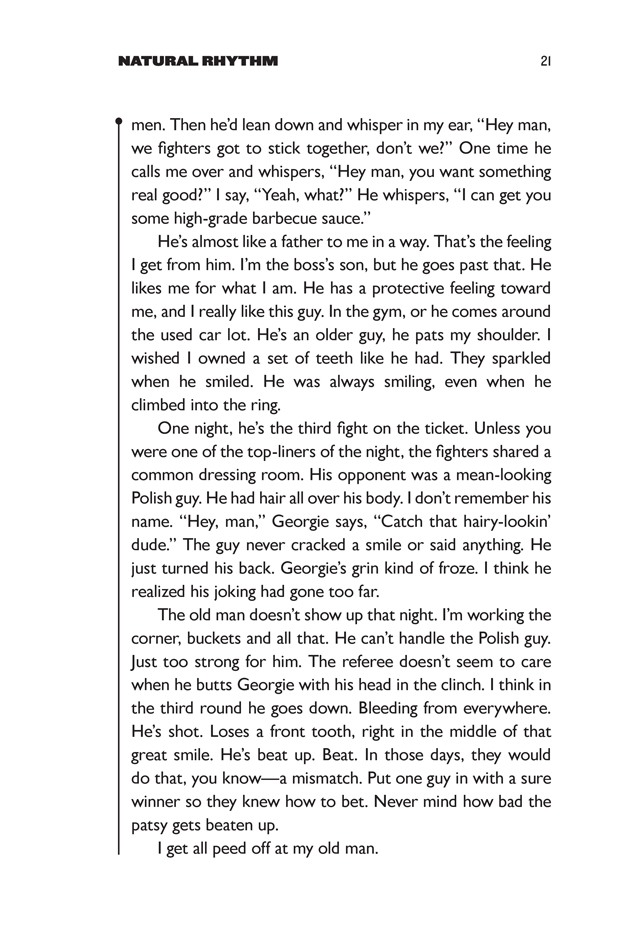 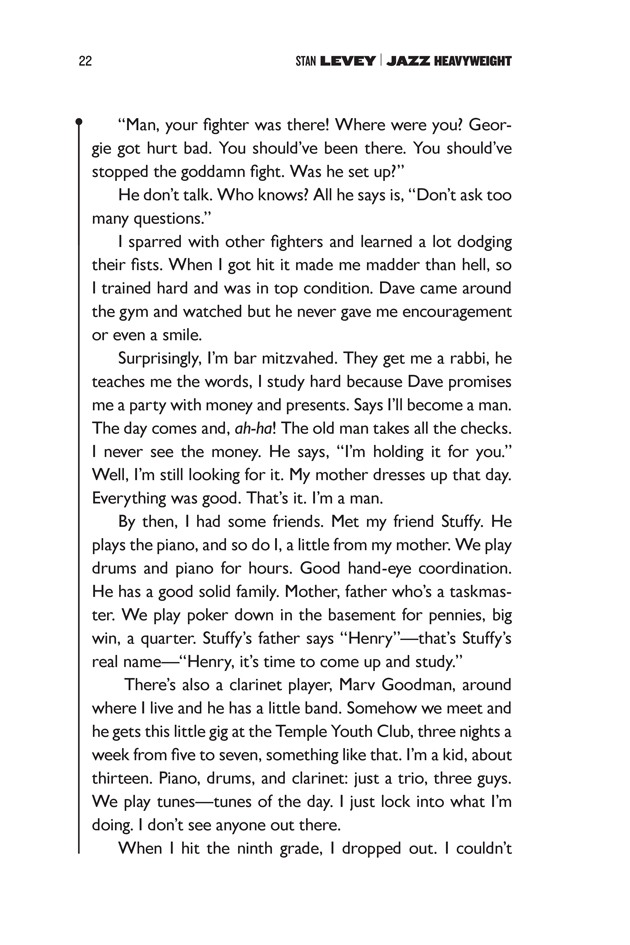 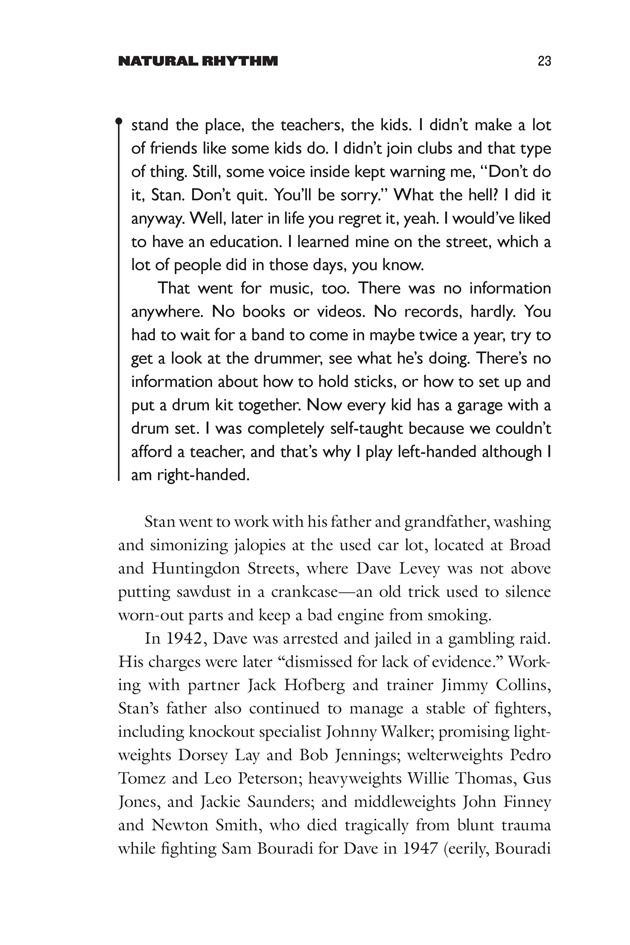 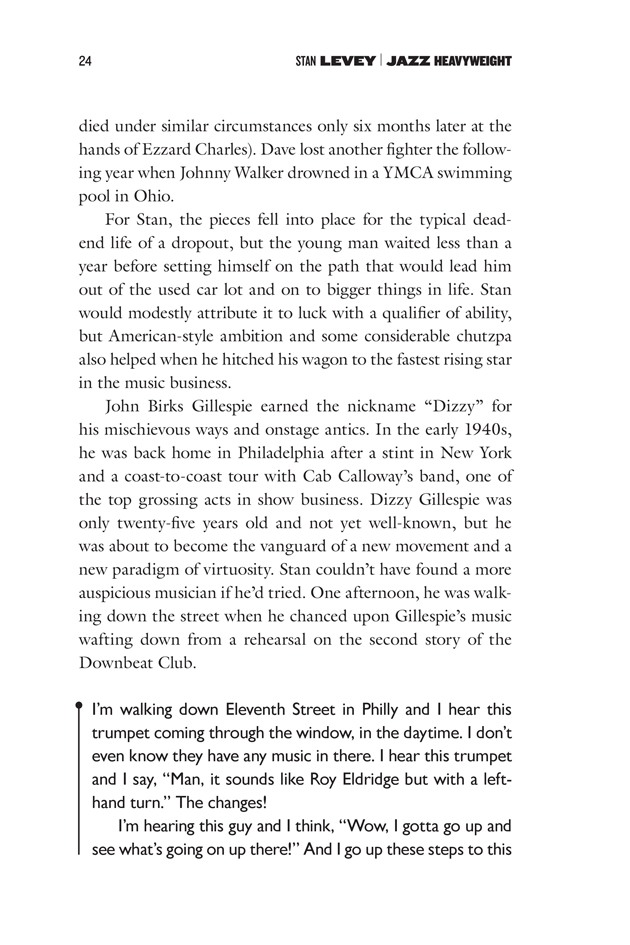 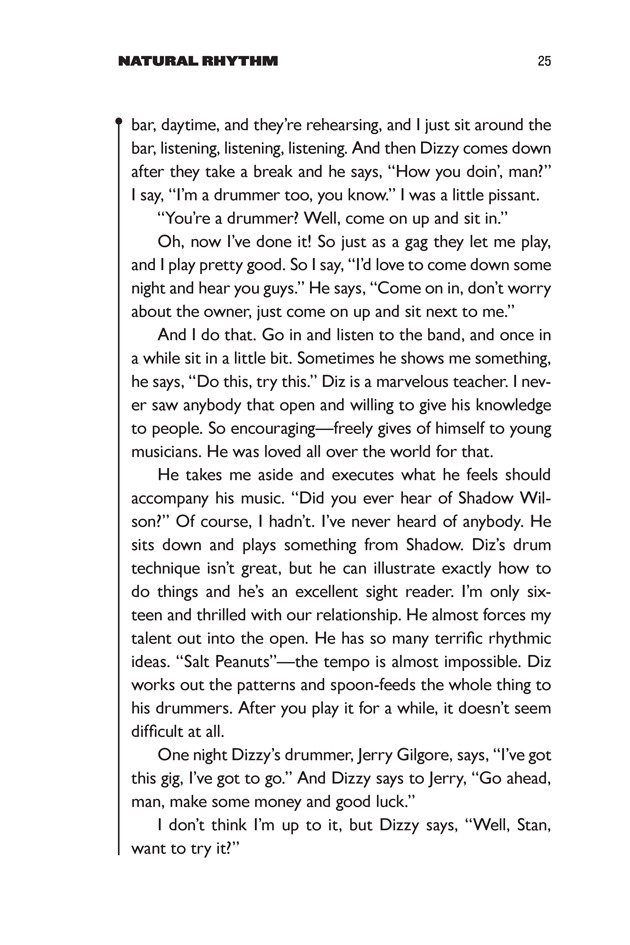 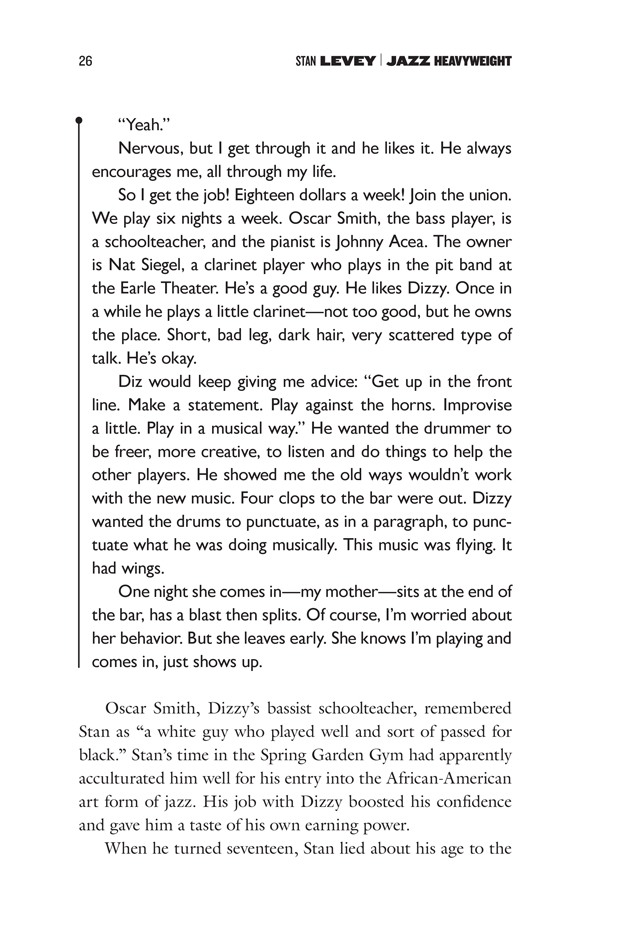 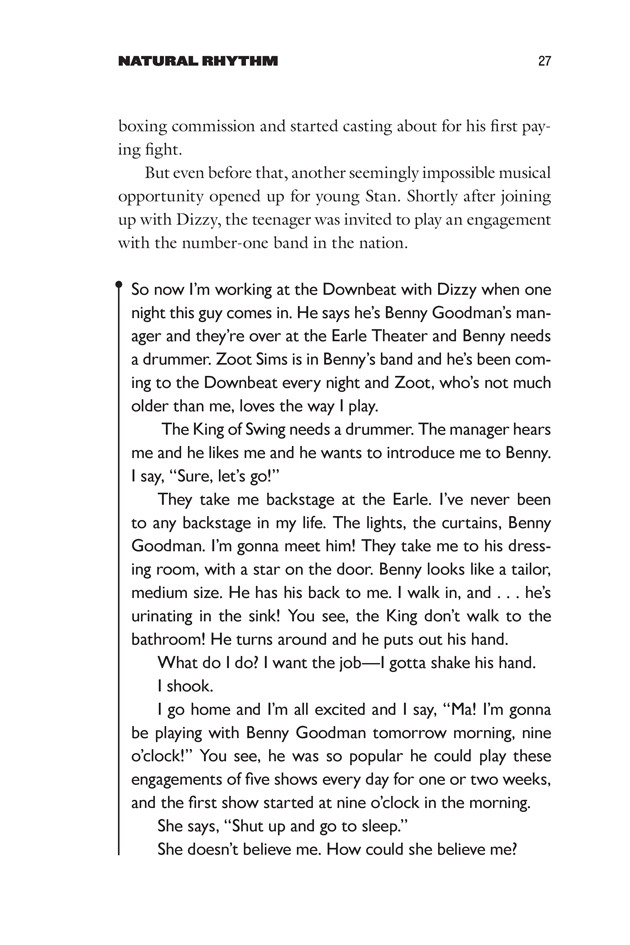 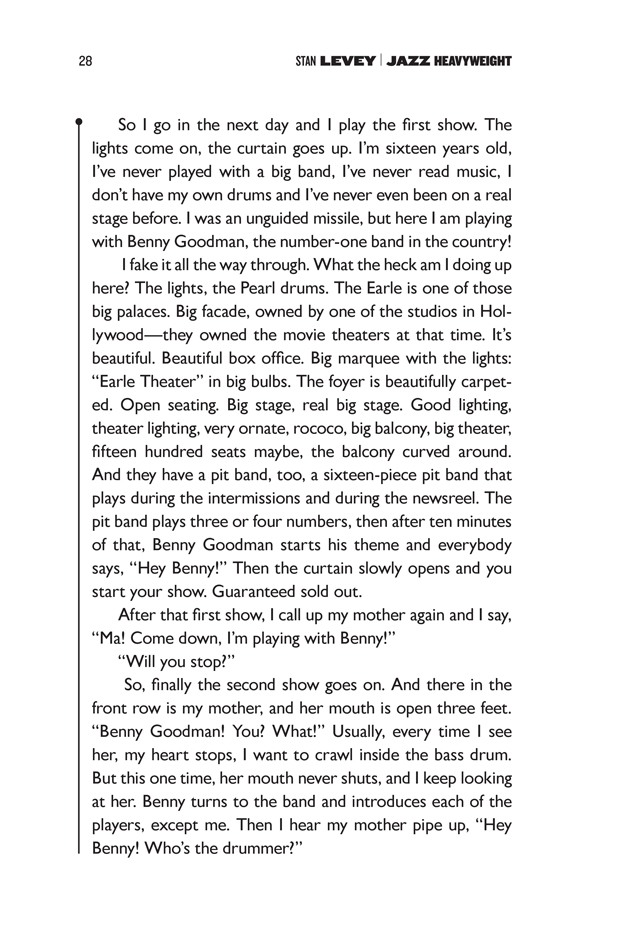 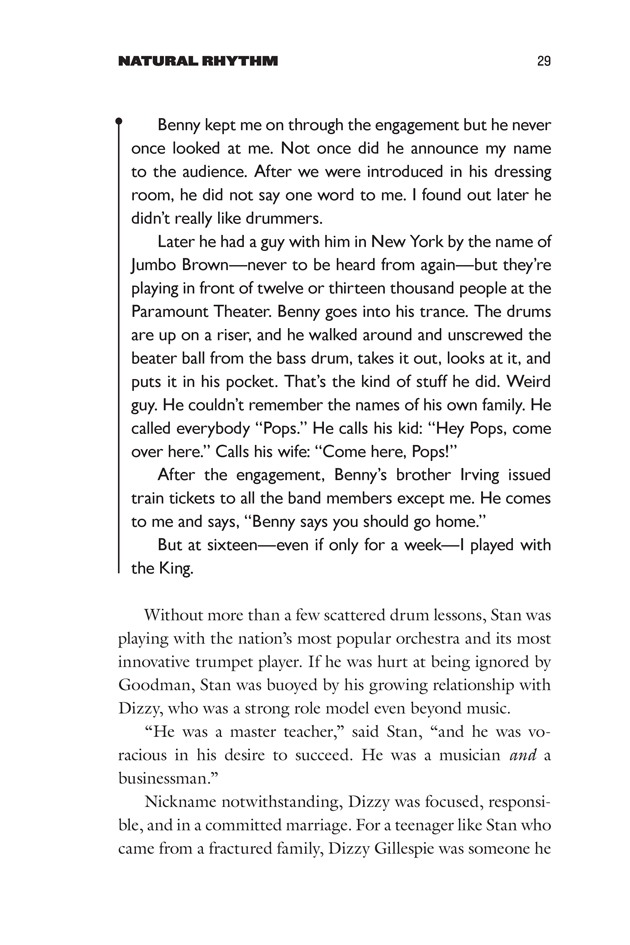 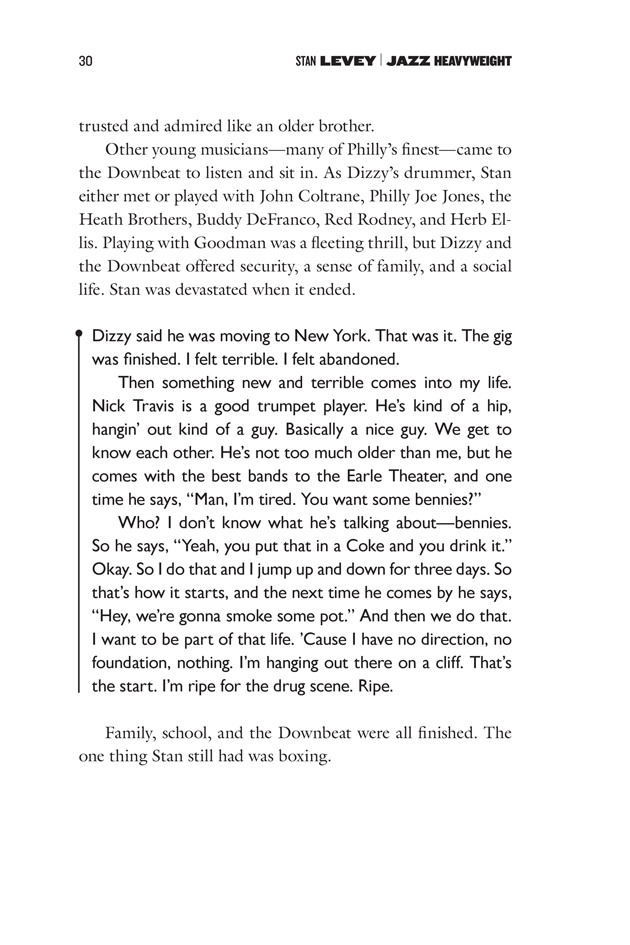 Frank R. Hayde is the author of The Mafia and the Machine: The Story of the Kansas City Mob, and Zion National Park: The Story Behind the Scenery. He lives in Grand Junction, CO.


Charlie Watts is the legendary drummer for the Rolling Stones.

“Stan Levey is without a doubt one of the greatest drummers ever and one of the founding fathers of modern music. Along with Klook, Max and Art, there was Stan Levey, who learned directly from Dizzy when they were both living in Philadelphia. As a result, Stan contributed to this beautiful art form and played on some pivotal recordings. Jazz Heavyweight is fascinating!”
—Wallace Roney, Grammy Award-winning jazz trumpeter

“I think Jazz Heavyweight is a piece of jazz history that’s very important to document. Stan is a link. His life is an amazing story and he was a lovely man. I was totally in awe of meeting him and the legacy that he carries.”
—Charlie Watts, Rolling Stones drummer

“Stan Levey was the drummer every be-bopper wanted in his rhythm section. And with good reason. Jazz Heavyweight illuminates his role as an ultimate insider and important player—musically and otherwise—during one of jazz history’s most vital eras.”
—Don Heckman, International Review of Music

“Jazz Heavyweight embraces the life and times of a renaissance man in a topsy turvy world, rich with personalities and celebrities. Having lived through some of this crazy world with Stan and my Dad, this biography really hit home. A must read.”
—Frank Marshall, motion picture director and producer

“It has been my privilege to have known and worked with Stan Levey. Stan was one of the greatest drummers of our time. While reading this book I was reminded of the many facets of Stan and it invoked several memories of our years working together in the early 1960s with Dizzy Gillespie. He truly had a strong sense of musicality and most importantly soul, which was evident in each and every performance.”
—Lalo Schifrin, Grammy Award-winning pianist and composer

“Stan Levey was a superb, yet underrated drummer on both the New York bebop scene and the West Coast milieu. Frank Hayde’s engaging biography shines a welcome light on this remarkable percussionist and delivers choice stories, a great many in Levey’s own voice, lending a deep credibility to this book.”
—Zan Stewart, ASCAP-Deems Taylor Award recipient

“Hayde depicts clearly and vividly what it took for a high school dropout, son of a crooked Philadelphia fight promoter and an alcoholic mother, to make a mark in jazz modernism. . . . Jazz Heavyweight sheds light on the era during which jazz went from being America’s popular sound to its art music to the foundation of commercial pop.”
—Downbeat Magazine

“This is a book about one of the most exciting times in the history of jazz, when everyone in the country was trying to find his or her own way. A time of guts, glory, and turmoil of which Stan Levey was a prime representative. . . . One of the finest jazz biographies in recent years.”
—AllAboutJazz.com

“Stan Levey is one of the most benign and omnipresent figures in jazz history, and one of the least recognized. Despite a career in which he made formidable contributions to nearly every jazz generation from the late 1940s to the mid-1970s, the adjective ‘underrated’ clings to his name like ivy on a wall. Yet he was by no means underappreciated by those who knew his work. . . . Stan’s musical accomplishments were diverse: he was the first great drummer of the bebop era, the anchor of many fiercely competitive and innovative bands and orchestras, a pacesetter for trios, quintets, and quartets, and a nurturer of talent whose unselfish generosity was rewarded by hundreds of those he met over his lifetime.”
—San Diego County News

“The best biography of a jazz musician in quite a while. . . . The best kind of jazz reading is a book that provides plenty of information you didn’t previously have but also makes you reassess things you did know. Stan Levey: Jazz Heavyweight is such a book.”
—JazzEtc.com

“One of the most influential and least-known percussionists in the history of jazz.”
—BroadStreetReview.com

“The Charlie Parker and Dizzy Gillespie era of modern jazz that Stan is associated with has been referred to as a time ‘when giants walked the earth.’ If so, both physically and creatively, then Stan Levey was a Giant among giants.”
—Steven Cerra, Jazz Profiles

The Spirit of a Woman : Stories to Empower and Inspire
Scroll to top