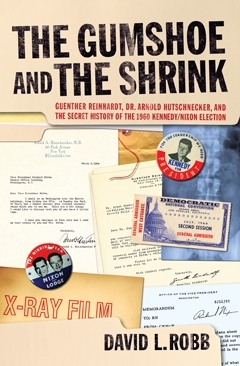 The Gumshoe and the Shrink is a tale of political intrigue—a detective story and medical mystery set against the backdrop of the closest and most storied presidential election in American history. It’s the never-before-told account of how the craziest private detective in the country uncovered Richard Nixon’s most closely guarded secret—that he was seeing a psychotherapist—and how that discovery put victory out of Nixon’s reach in the 1960 election.At the center of the story is a manic-depressive private eye named Guenther Reinhardt, who in the fall of 1960 set out to destroy Richard Nixon. With Election Day just a few months away, Reinhardt discovered that Nixon was seeing a psychotherapist. And in those days, the only thing worse for a politician than needing to see a “shrink” was actually seeing one.

Nixon’s brilliant psychotherapist, Dr. Arnold Hutschnecker, is the other character at the center of this story. Dr. Hutschnecker tried heroically to mold Nixon into the person they both wanted him to be—a man of peace. But like the fictional Dr. Frankenstein, his experiment failed terribly and a monster was created instead.

The secret battle for the presidency detailed in The Gumshoe and the Shrink is supported by two key documents that have never been seen before: Guenther Reinhardt’s 12-page confidential report on the relationship between Nixon and Dr. Hutschnecker, and Dr. Hutschnecker’s unpublished memoirs detailing his treatment of Richard Nixon. These documents provide many fascinating insights into their “forbidden” relationship—and into Nixon’s tortured psychology. 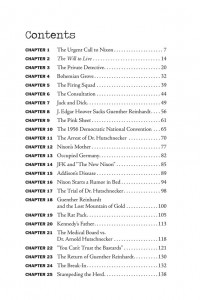 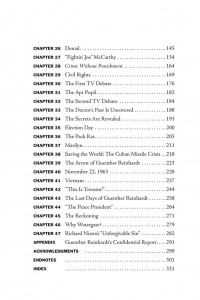 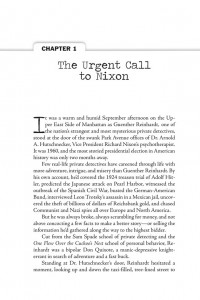 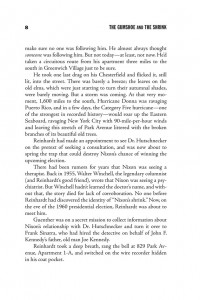 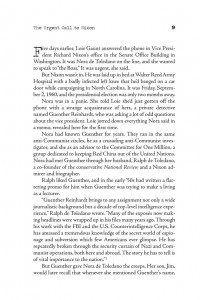 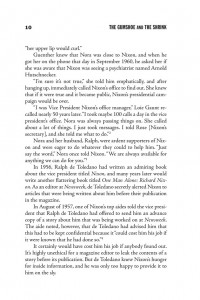 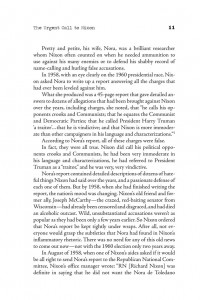 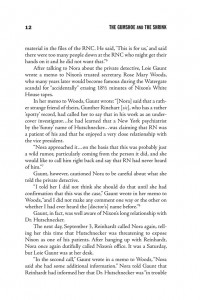 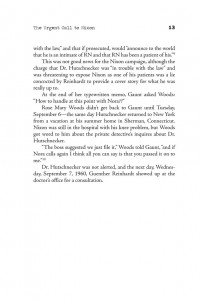 is an award-winning freelance journalist who has been nominated for the Pulitzer Prize three times. He is the author of Operation Hollywood: How the Pentagon Shapes and Censors the Movies. His work has been featured inDaily Variety, the Hollywood Reporter, LA Weekly, the Los Angeles Times, the Nation, the New York Times, and theWashington Post. He lives in Los Angeles.

“Thrice nominated for the Pulitzer Prize, Robb (Operation Hollywood: How the Pentagon Shapes and Censors the Movies) investigates the seldom-told story of a bizarre detective, a skeptical shrink, and their influence on one of America’s closest and most dramatic presidential elections—the 1960 race between John F. Kennedy and Richard Nixon. This engrossing narrative shows how Guenther Reinhardt—the titular gumshoe described by former colleagues as “unbalanced” and“messed up”—exposed Nixon’s secret meetings with psychotherapist Dr. Arnold Hutschnecker—a self-described pacifist who had narrowly survived a Russian firing squad in WWI—and how this discovery enabled Kennedy to pull ahead and win the presidency that would lead to his untimely death. Robb does an excellent job of exploring the candidates’ bitter battle for office—one in which “both sides waged a secret war to destroy the other”—, Nixon’s troubled psychology, and the myriad characters that peopled this politically and socially tumultuous era. Drawing from Reinhardt’s previously confidential report (printed in an appendix) and Dr. Hutschnecker’s unpublished memoirs, this is a story that will interest a wide range of readers, from political historians to fans of high-stakes intrigue.”
—Publishers Weekly

“This book has it all—power, wealth, and skullduggery, plus unbridled ambition for the highest stakes imaginable: the White House. Imagine two presidential candidates in 1960—John F. Kennedy and Richard M. Nixon—who checkmate each other’s campaigns with the threat of revealing a damaging secret. The fact that this book is true, and scrupulously documented, is chilling.”
—Kitty Kelley, author of The Family: The Real Story of the Bush Dynastyand Oprah: A Biography

“An eye-opening look at two interesting, shadowy figures that played unheralded roles in mid-twentieth century America: a private eye who dug up dirt on politicians and a psychotherapist who secretly treated Richard Nixon. David Robb unearths fascinating new material as he traces the intersecting narrative arcs of these two little-known men who had otherwise been lost to history.”
—Professor Mark Feldstein, Chair of Broadcast Journalism at the University of Maryland and author ofPoisoning the Press: Richard Nixon, Jack Anderson, and the Rise of Washington’s Scandal Culture

“David Robb has returned to the great tradition of the nonfiction novel with his masterful The Gumshoe and the Shrink.Every page, every word lives in the same world we were first introduced to by T. E. White, Tom Wolfe, and Truman Capote-and Robb is every part their equal. But this book goes one step further because it tells a story we have never heard before about one of the most famous men of the twentieth century. Robb proves himself one of the most important modern historians working today.”
—Rod Lurie, writer and director of The Contender and Nothing But the Truth

“A fascinating and wonderfully researched historical narrative, The Gumshoe and the Shrink is an important addition the Kennedy/Nixon oeuvre. But the story of Guenther Reinhardt is more than that—it is a powerful reminder of how the American electoral process plays out in the trenches, a cautionary tale of the highest order. David L. Robb reminds us how investigative reporting should be conducted, but rarely is anymore. My fingers are crossed that he will be the one to finally convince us to get serious about policing our electoral process.”
—Gus Russo, author of The Outfit and Supermob

“I thought there was nothing new to be written about the Kennedys. How little I knew!”
—Laurence Leamer, author of The Kennedy Women, The Kennedy Men, and Madness Under the Royal Palms