You are here: Home1 / blog2 / Sports3 / The Steamer: Bud Furillo and the Golden Age of L.A. Sports 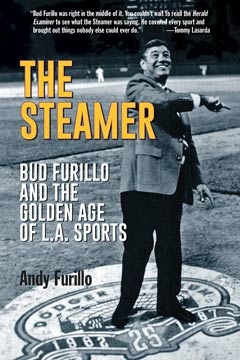 For nearly sixty years, Bud Furillo wrote and talked about sports in Southern California. For fifteen of those years, he authored a popular column for the Los Angeles Herald Examiner called The Steam Room, which gave him the nickname that lasted him for the rest of his life—”the Steamer.”

As a reporter, columnist, editor, and pioneer of sports talk radio, the Steamer dished out insight and understanding to Southern California sports fans while Los Angeles grew into a sports empire. On his watch, L.A. acquired the Rams from Cleveland, the Dodgers from Brooklyn, and the Lakers from Minneapolis. He covered them all while they won championships for the city. It was the same with USC football, UCLA basketball, the horse races, and boxing matches—champions flourished, and the Steamer chronicled it all. He helped shape the Los Angeles sports scene as it achieved world-class status. Furillo brokered trades, saved coaches’ jobs, helped show others to the door, tweaked the owners, encouraged and promoted franchise moves, and even worked as a cut man for an L.A. fighter who defended his title in Madrid!

The Steamer reported on the golden age of L.A. sports, writing about events and athletes that have long since seared themselves into the memories of Southern California sports fans, from the greatest generation to its baby-booming offspring. They were the years of Sandy Koufax no-hitters, Elgin Baylor yo-yoing on the dribble, and Sam Cunningham going over the top four times for touchdowns against Ohio State in the Rose Bowl.

It was the roar of the Olympic Auditorium on Thursday nights, Bill Walton dropping a high lob pass into the hoop for UCLA against Memphis State, and Native Diver winning another stakes race at Hollywood Park. Vin Scully’s voice wafted from foul pole to foul pole on cool and comfortable summer nights, when transistor radios lifted his words into the Chavez Ravine sky—”Russell to Lopes to Garvey: Double play!” On winter evenings, the transistor carried the more rapid-fire style of Chick Hearn, as he described Jerry West driving left to right across the radio dial, stopping on a dime, losing his defender, and rising up and swishing a jump shot to win yet another game at the buzzer.

The Steamer spun his work with whimsy and spiced it with insight. Through his writing, he passed along the insider knowledge he gained from his close relationships with players, coaches, managers, owners, jockeys, trainers, fighters, and celebrities. He earned their trust and they gave him access, which he then turned into brilliant and entertaining columns where he was able to share his own hard-core love of sports and appreciation of athletic greatness with his loyal readers.

During a heated pennant race with the Giants, Koufax broke Bob Feller’s single-season strikeout record on a beautiful Saturday afternoon in Dodger Stadium. After the game, in the dugout, Koufax sought a moment of peace to absorb his accomplishment, away from the madness; he invited Furillo to stick around awhile and share it with him.

The Lakers showcased two of the most exciting players in basketball history in Elgin Baylor and Jerry West, but L.A. needed Wilt Chamberlain to finally win a title. Along with beating the Knicks for the championship with two bad hands, the barefooted Dipper used them in the kitchen of his home in Trousdale Estates to prepare a shrimp dish for the Steamer.

Furillo regularly joined John McKay and other writers at a bar across the street from the USC campus in the years when the coach revived the Trojans’ football dynasty. The revered John Wooden didn’t gather sportswriters around him for drinks like McKay did, but the humble and intense coaching genius did introduce the Steamer to star players like Bill Walton. Furillo took Walton to lunch and reported that there was more to the kid than blocking shots and triggering the fast break, that he thought deeply about the toughest issues of his day, including America’s problem with race relations.

In The Steamer: Bud Furillo and the Golden Age of L.A. Sports, Furillo’s son, Andy, himself a long-time newspaperman, uses his father’s lens to give focus to the city’s rise as a sports empire. The Steamer is a history of a great sports town at its most dynamic, told from the point of view of a streetwise, fun-loving sports fanatic who stood at the center of it all and used his phenomenal access to reveal the inside story of the greatest athletes and teams to ever play in Los Angeles. 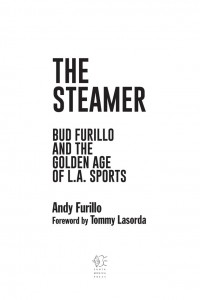 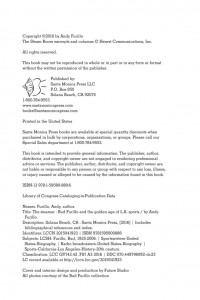 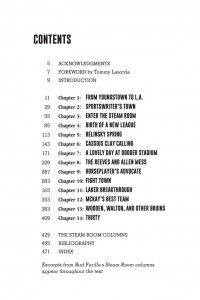 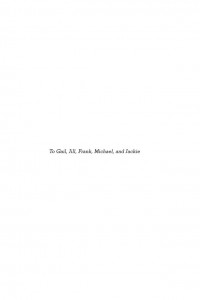 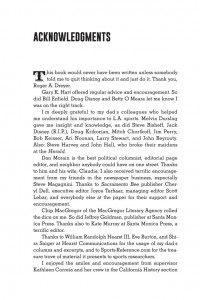 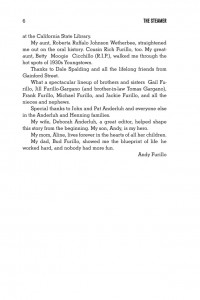 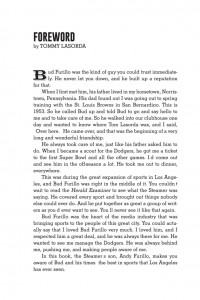 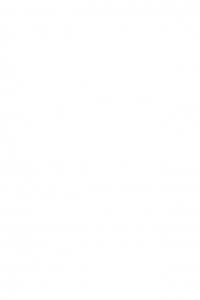 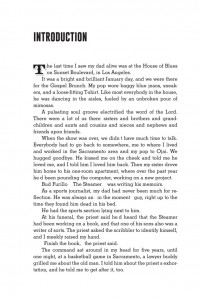 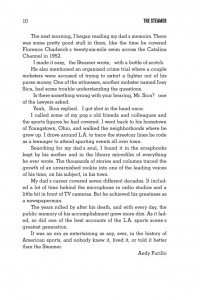 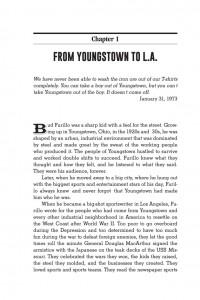 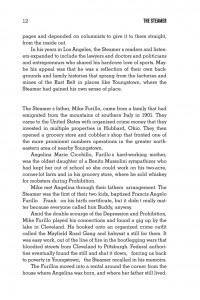 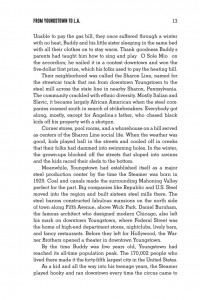 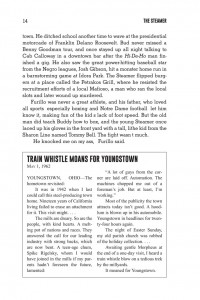 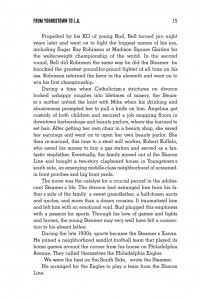 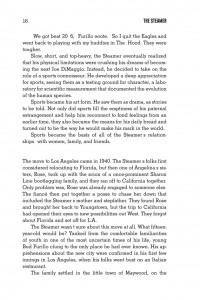 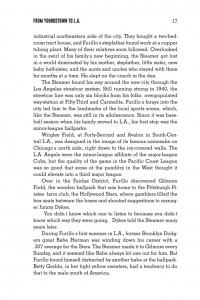 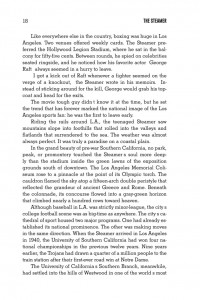 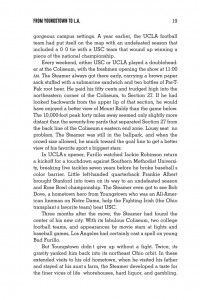 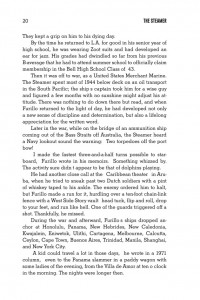 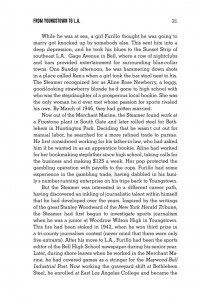 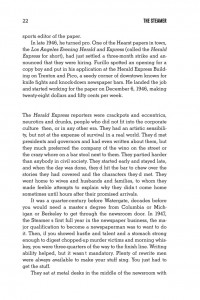 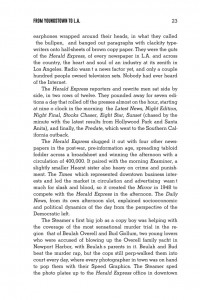 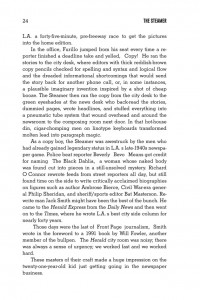 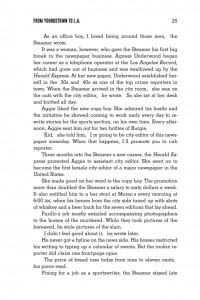 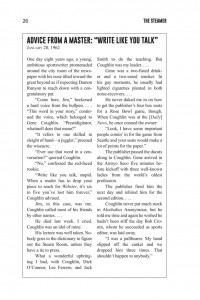 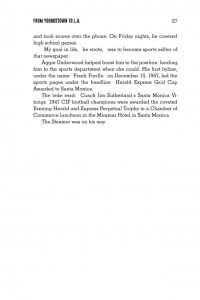 Andy Furillo has been in the newspaper business since 1972 when he began as a copy boy at the Los Angeles Herald Examiner. He went on to work as a sportswriter in 1974 for the Downey Southeast News and spent the following six years with the Goleta Valley Today and the Santa Barbara News-Press. In 1980, he shifted to news reporting and for the next 35 years focused on criminal justice issues with the Santa Maria Times, the Los Angeles Herald Examiner, the Los Angeles Times, the San Francisco Examiner and, since 1991, the Sacramento Bee. Furillo won the 2002 Broun Award for his reporting on a Sacramento neighborhood’s descent into one of the most crime-ridden areas of town. He won other national journalism awards for his coverage of L.A. street gangs, California’s prison crisis, and the implementation of the state’s “three-strikes” sentencing law. In 2015, the Sacramento Bee made him a sports columnist. He lives in Davis, CA.

“When I came down from Oregon in 1972 to join John McKay’s staff at USC, he used to hold court with this gang of writers every week in a booth at a restaurant across the street from campus called Julie’s. It was Bud Furillo and John Hall, Bud Tucker, Allan Malamud, and Loel Schrader. These were guys who loved football, loved sports, loved the players, and loved the coaches, and they loved drinking vodka and talking about all of it. They weren’t house guys—they’d get on your ass if you played bad or something. But they weren’t like critics. They were just great writers, and you had to read every newspaper every day. You didn’t just turn on ESPN. You had to read Bud Furillo and John Hall to find things out. Of course, the sports in L.A. were fabulous, and these guys were your connection to it. Bud was the most aggressive of the bunch. He was always there, at the right moment. You’d walk into the locker room after a big win, or a loss, and he was right on the spot.”
—John Robinson, USC Football head coach, member of the College Football Hall of Fame

“In 1972, I trusted Bud Furillo to tell my story. Over the years, he got it BETTER THAN PERFECT!”
—Bill Walton, UCLA basketball player, member of the Pro Basketball Hall of Fame

“With his colorful writing, magnetic personality, and big-name contacts, sportswriter Bud Furillo helped transform L.A. into a major sports town a half century ago. Furillo’s Steam Room column crackled with anecdotes about such notables as Wilt Chamberlain, Sandy Koufax, Muhammad Ali, and Frank Sinatra, as well as offbeat characters like pitcher/starlet-chaser Bo Belinsky. Furillo helped dispel the notion, prevalent among many sports franchises, that fans in the West wouldn’t support pro teams. Furillo’s improbable climb from the edges of the crime world in Youngstown, Ohio, to the press boxes of L.A. and the rest of the nation, is told in a fascinating biography by his journalist son, Andy. Bud Furillo used to say he would one day write an autobiography titled The Bases Were Loaded and So Was I. He never did. But Andy has taken the mound on Bud’s behalf and, for that, readers can be grateful.”
—Steve Harvey, Only in L.A. columnist, creator of Steve Harvey’s Bottom Ten

“The Steamer was definitely an “Only”—a hard-hitting but fair and humorous columnist, a dedicated sports editor who gave a lot of young writers their first break. I’m proud we were best friends for a lifetime. We always talked about writing a book together about all our travels and travails and calling it Big, because that told it perfectly. We never quite got to it. Now, Andy has done it for us.”
—John Hall, former columnist for the Los Angeles Times and Orange County Register

“During Bud Furillo’s heyday, the vaunted L.A. Times sports section had nothing on the Herald Examiner, a fixture in my house to the very end. A lively writer himself, Bud presided over a top-notch group and forever left his mark on the Southern California sports scene.”
—Bruce Jenkins, San Francisco Chronicle columnist

“Bud Furillo was a great writer and an even better sports editor. The Steamer was charismatic, creative, and more colorful than most of the people he wrote about. Working under Bud at the Los Angeles Herald Examiner wasn’t just a job, it was a privilege. He was definitely one of a kind.”
—Steve Bisheff, ESPN L.A. columnist

“It always did seem implausible that Bud Furillo, so vivid and uncommonly alive, could have passed away. Here’s a rich reminder that, in a way, he never will.”
—Chuck Culpepper, Washington Post

“With one ear to the ground and his fingers on the pulse of L.A.’s boxing heartbeat, sportswriter Bud Furillo was born ready to deliver his ‘next scoop’ for the Los Angeles Herald Examiner. By looking through his father’s eyes, author Andy Furillo lovingly relives The Steam Room column era of the ‘60s and ‘70s. Entertaining, yet with exquisite smoke-filled backroom detail, Andy Furillo transports us to the red-hot L.A. sports scene of his father’s heyday. From his ringside seat during the glory days of the Olympic Auditorium (which, curiously, was not far from his Eastside roots), the colorful and insightful copy of the Steamer made Bud Furillo one of L.A.’s best sports beat writers ever.”
—Gene Aguilera, author of Mexican American Boxing in Los Angeles

“If you’re a young, current sports fan, this will be a major history lesson and provide a little insight into why your grandfather calls yesteryear ‘the good old days.’ If you’re one of the Old Guard, here’s a book you’ve been waiting for . . . page after page of ‘Oh yeah. I remember that.’“
—Bruce Gallaudet, DavisEnterprise.com